Important items that must be on your child’s IEP.

“I got a call to pick up my daughter today because she put a child in a choke hold.” And of course this child with an IEP was on her way to a suspension.

That’s what one of our group members posted recently. Sounds awful, right? I mean, obviously, that child needs a behavior plan.

“Name of daughter” will hug tightly around the neck. If an adult is standing she hugs around the waist. She is not trying to hurt when she does it, just giving a bear hug and showing affection. Because of her low tone and dyspraxia, it is very difficult for her to adjust the intensity with which she does things. A hug can turn into a bear hug and she doesn’t realize it. I believe this is what happened.

The adults in the room are not capable of distinguishing between a malicious and benign behavior at this point and it is not fair, nor legal to penalize my daughter for a manifestation of her disability. I asked her where she learned to grab someone’s neck. She told me “I wasn’t grabbing his neck, I was just hugging him. He is a good person, a good friend, and a good student. I would not want to hurt him, I love him.”

So there you go, as usual, two sides to every story.

But unfortunately, stories like this happen all the time.

There is something you can do, as a parent, to be proactive and help avoid these unfortunate misunderstandings.

Think of what undesirable behaviors that your child has, that could possibly be misunderstood. Some examples:

I’m sure there are more, that list is just to get your wheels moving.

Kevin hits. We call it “Kevin’s whacks” because you get a really good whack. He’s not doing it to be mean. He does it when he is overwhelmed with emotions, good or bad. And it’s sort of a release for him. For example, we can all be snuggled in my bed or watching a movie and he’ll reach over and give one of us a good whack. It hurts! But he’s just so happy and excited with what he is doing, that’s what he does. In many schools, one student hitting another is considered an infraction that warrants an instant suspension.

There is something you can do as a parent and something you should do. Put it in Parent Concerns. That’s it. If the team is willing to put it in Present Levels, great. If not, you can as part of parent concerns. You can also ask to have it put in as part of a behavior plan or crisis plan. It also should most definitely be put on your child’s one-sheet that substitute teachers get.

Where should this go on your IEP?

This doesn’t have to be a big deal. Just a few sentences in present levels of the IEP should suffice. If the team will not add it, make sure it is included in your Parent Concerns Letter.

Questioning your child without you.

Imagine there is an incident at school, and your child is brought into the office for questioning. Can they handle it? What will they agree to? My point is-you also need to list communication disorders or difficulties, and personality traits.

Put in their IEPs/behavior plans that YOU want to be called and be present before your child is ever questioned about an incident. If it’s worthy of them pulling them down to the office and questioning them, it’s worthy of you being present or on the phone. **Please note: yes, it usually is completely legal for school personnel to question your child without you present. This is why you need it in their IEP.

If they won’t put it in parent concerns or the behavior plan, write it on the PWN/NOREP when you sign it. Or, send a letter to the entire team, just to cover your own butt. This helps you have more data, should your child be disciplined for something like this.

Edited to add: This was shared with me, and it’s a good read. It particularly mentions the student’s obsession or “fascination, obsession with guns, knives, etc.” Absolutely if you think the threat is real, report it. But sometimes it’s just all talk.

Targeted: A Family and the Quest to Stop the Next School Shooter

Other Ideas to Include on Present Levels of Your IEP

These are items that parents often recognize in their kids, but would never think to put it in an IEP.

Does your child have the ability to lie? Not all kids can. If your child cannot and does not lie, add that in present levels. This will assist you with any “he’s lying!” accusations in the future.

Is your child easily coerced? Are they highly susceptible to peer pressure, in order to be liked? You need to note that. That your child can easily be talked into doing things. This trait combined with poor judgment and/or impulsive decision making, very dangerous! 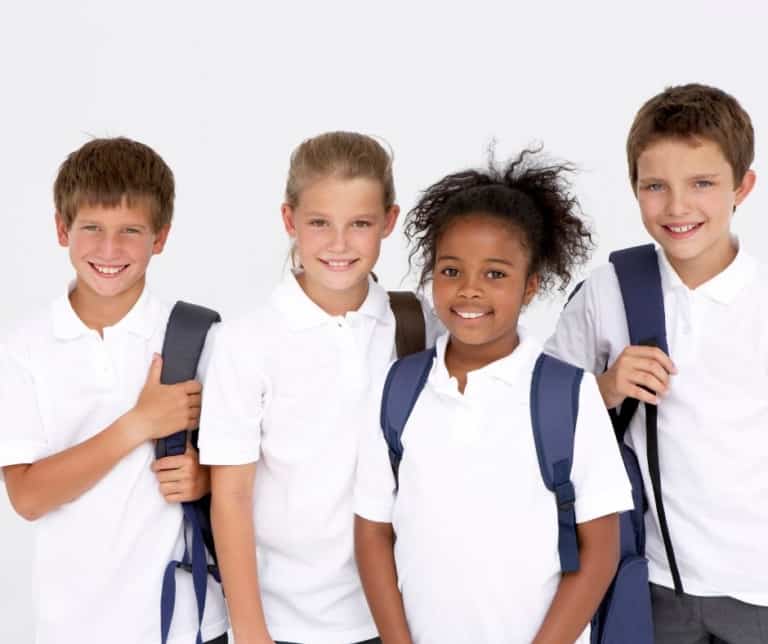 421 Shares 7 394 More Private Schools and IEPs This topic makes me sad. Because it’s so super deflating for parents. Many times, attending a private school is a tradition for families. Then, they have a child who requires an IEP. That brings on their private school reality check, as far as private schools and… 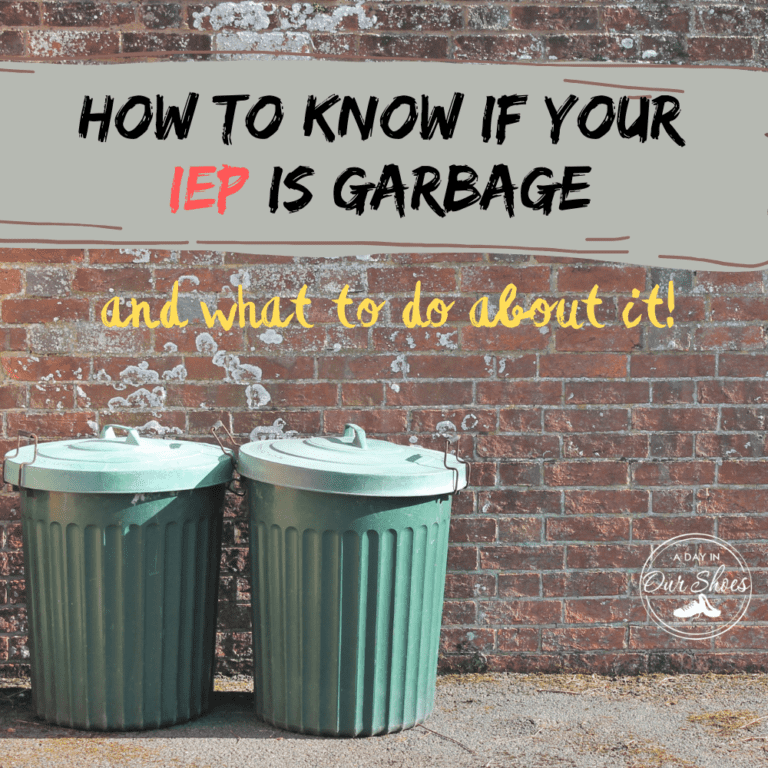 12.4K Shares 19 22 11.9K More How to tell when you have a crappy IEP. I’ve attended more IEP meetings than I can count. Or even care to count. I get it–parents only call in a Special Education Advocate when there’s trouble. If you were happy with things, you wouldn’t need help, right? But what… 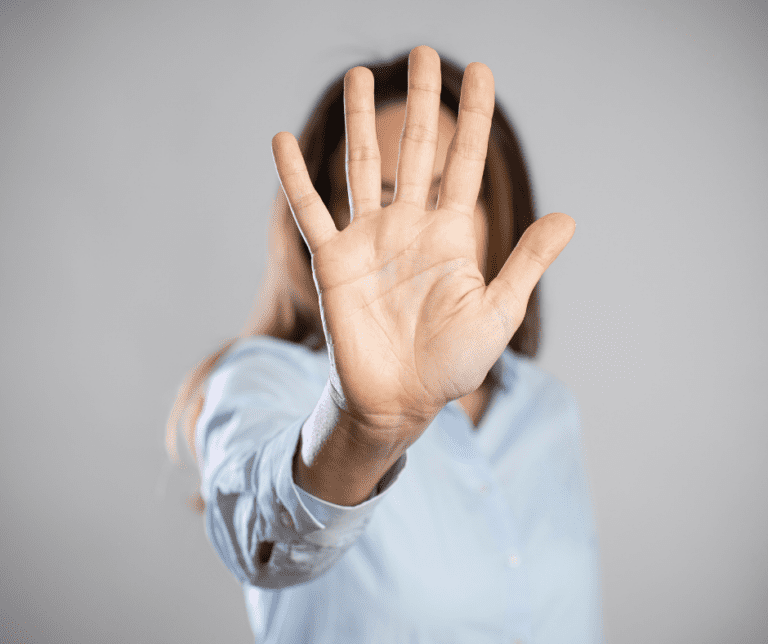 2.1K Shares 2K More Can the School Remove Supports and Services from the IEP? This is probably the number one reason that parents dread IEP meetings. Right? For the most part, we expect to be told “No” when we ask for something to be added, even if we have the data. But the school removing… 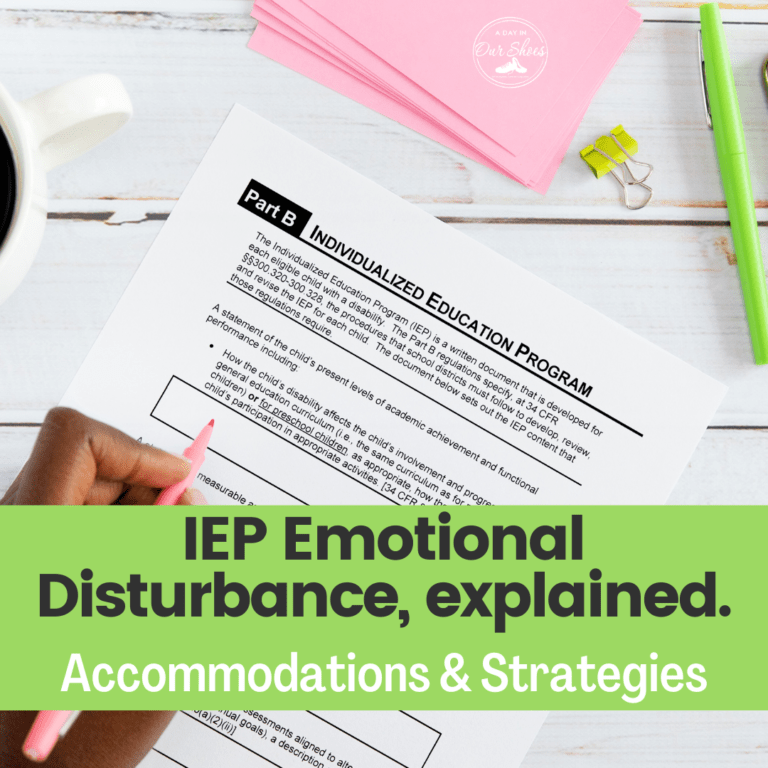 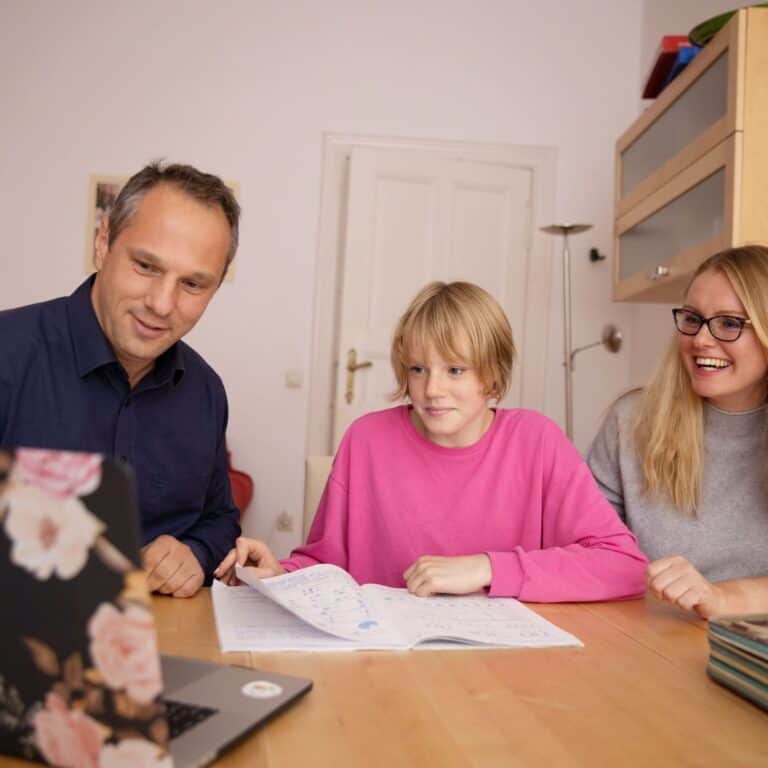 738 Shares 11 7 623 More IEP Re-evaluations Ok, so here we go. I used to have IEP re-evaluation information in my post about IEP evaluations. But, I’ve since decided that IEP re-evals are worthy of their own post. Initial evals are sort of their own beast, since that is what gets the IEP process… 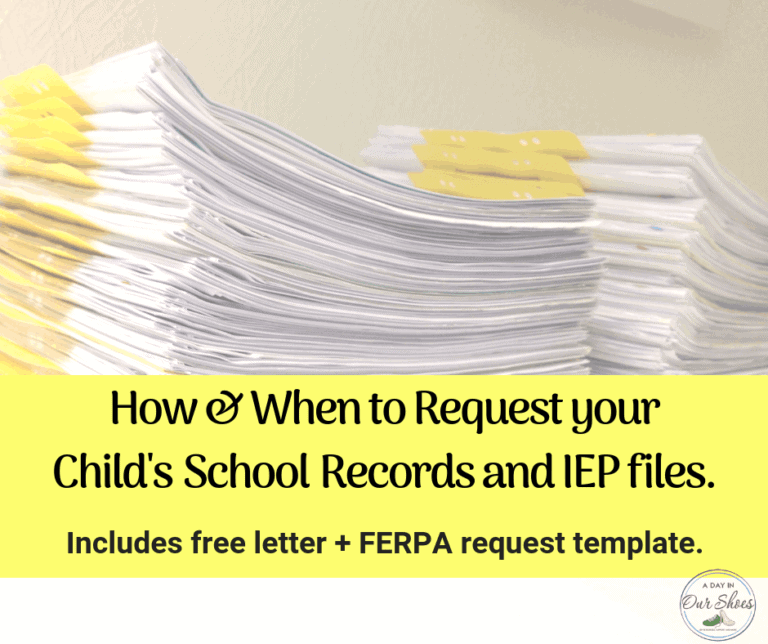 430 Shares 380 More School Educational Records We were seated around a huge U-shaped setup. I was directly across from the school district’s attorney, though we were a good 10 feet apart. We were in a settlement agreement meeting and were hoping to see some of the student’s IEP and school records. He looked right…