Sometimes the ‘happily ever after’ just isn’t. Things change and you find yourself divorcing, and rebuilding a life you thought was forever. It’s traumatic for both kids and parents. To make a complex situation even more complicated, if your child has an IEP, there are extra considerations in a divorce.

Who gets say over an IEP when parents are divorced? What if the parents don’t agree on a course of action? To answer all of that and more, I’ve enlisted the help of a lawyer friend, Penelope Boyd, who co-wrote this with me. Penelope is a Family and Education Lawyer in West Chester, PA. She practices in PA, so please make sure you double-check your state’s regs for specifics.

Before we get into divorce and custody explanations, it’s important to have the right mindset. And that is, for the most part, these are family law issues, not IEP issues. You should look to your family/divorce attorney to help you with this, do not expect the school to engage or intervene in divorce and custody issues. Even if parents and schools are in disagreement over an IEP or 504, if it involves deciding which parent gets to decide, that is a family law issue, not anything you will find defined in IDEA.

Custody issues can sneak up on parents. School districts might ask to see custody orders as part of enrollment or assigning bus seats. Doctors want parents with legal custody to sign off on medical procedures. Custody is a concept that everyone thinks they know and often assume they have, but occasionally, it comes up and it is important to know where you as a parent stand.

Custody is an issue in:

What you need to know as a Pennsylvania parent:  Custody is the legal term that describes your rights to your child. If you    In Pennsylvania, the statute divides custody into legal custody and physical custody. A parent may, and often does, have both.

What is legal custody?

What is physical custody?

What happens if the parents disagree?  Parents do disagree and decisions about the child’s health care, education, and religious upbringing are often the source of tension in co-parenting. Parents often disagree on how much time they have with their children. Parents may try to convince the other parent to their way of thinking, and others may try co-parenting counseling to better communicate with each other. When informal means do not resolve the conflict, parents may turn to the courts for a decision.

What IDEA says about Decisions and Divorce

First, know that IDEA does not address this. This is why you should seek assistance from a Family Attorney so that decision-making is clearly defined in your divorce and custody arrangements.

IDEA only makes mention of divorce in one area, and that is student records. Regardless of the custody arrangments, both parents are entitled to the student’s records per FERPA. IDEA also defines “parent.”

And here is what IDEA says about parents inspecting a child’s records.

(c) An agency may presume that the parent has the authority to inspect and review records relating to his or her child unless the agency has been advised that the parent does not have the authority under applicable State law governing such matters as guardianship, separation, and divorce.

Remember that regardless of custody arrangements, your Ex has access to your child’s records. It doesn’t say that they have to use them for IEP or educational purposes. Do you send emails to the school that you now regret? Just one more reason to wait 24 hours before sending an email, particularly after a serious incident. Your Ex can get those emails (and in some cases, the school will be only too happy to provide them!) and use them against you in custody proceedings. Read more tips on Email Communication with your IEP team, so your old emails don’t haunt you.

IEP Disputes with your Ex

IEP teams can, and sometimes will use parents against each other during an IEP dispute. It’s important that above all else, you remain child-focused during the IEP process. This is not the time to be right or “win” a dispute with your spouse, to the detriment of the child.

Over the years, I have seen all kinds of stuff with IEP teams. Things like “forgetting” to invite the non-compliant spouse. Only sending certain information to one parent. You and your Ex must be united in this.

But, if your Ex is bringing a girlfriend to meetings or something else you disagree with, do not expect the IEP team to intervene. If a parent has invited someone, they are invited. You must get it addressed via family law and spelled out in your custody arrangement. It’s not fun, I get it.

But the IEP team has no obligation to mediate in this area, nor will they. If you put them in an uncomfortable situation, it may affect your relationship.

If you and your Ex cannot agree, or meetings are not working with both of you there, consider a facilitated IEP meeting. 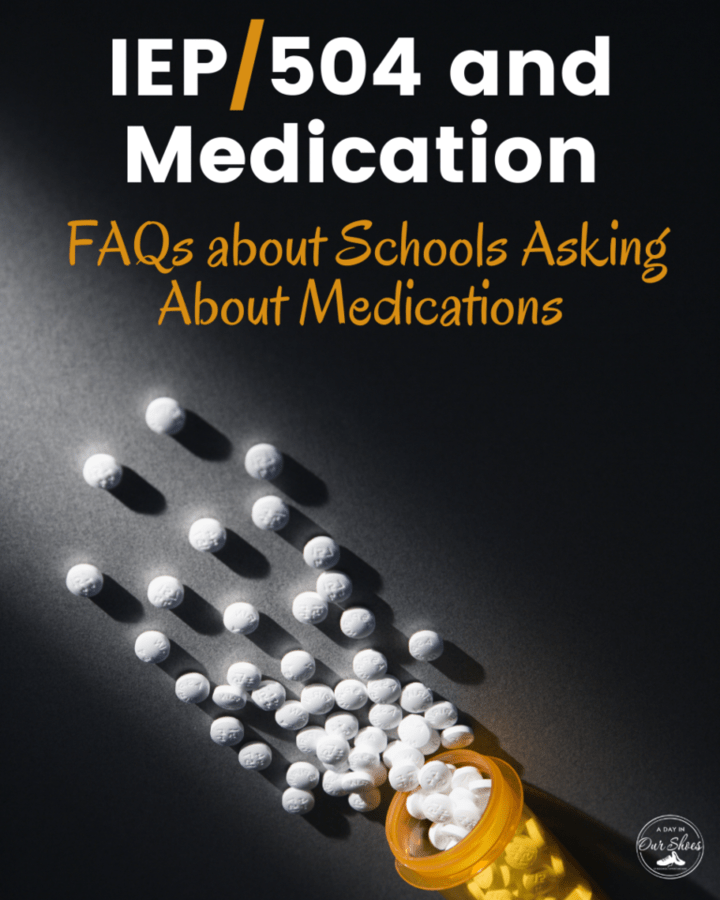 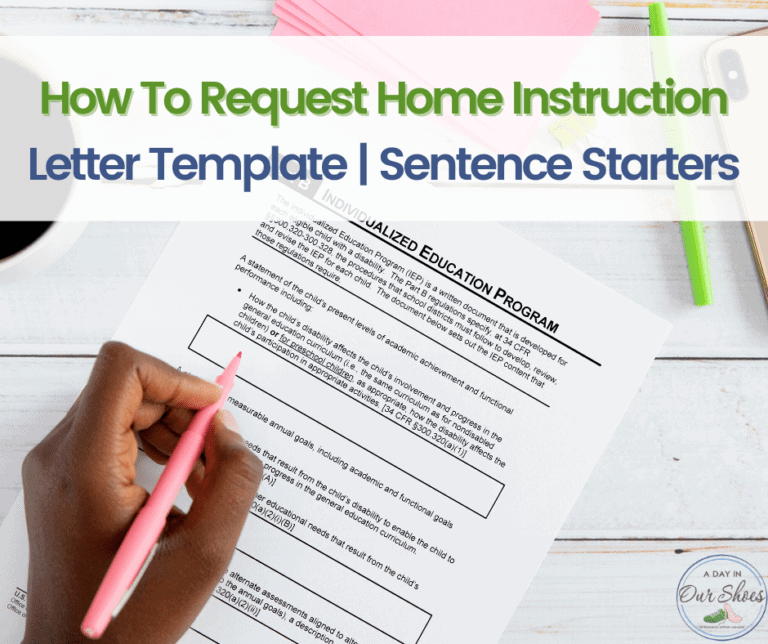 776 Shares 7 710 More Homebound Placement during the Pandemic Normally, I’m against homebound IEP placement for most students. After all, it is one of the most restrictive placement options. And, it often gets used and abused and IEP students are placed in this “no man’s land” and fall off the radar and get greatly… 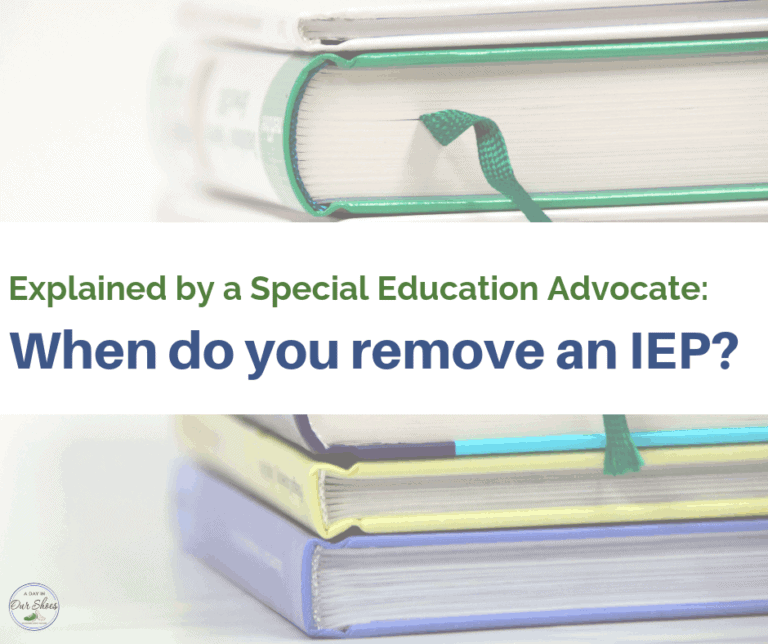 736 Shares 176 More Can an IEP be removed? One of the, ahem, benefits of this job is that I get to talk to all kinds of parents. That being said, parents generally only contact me when things aren’t going so well. After all, if your child is happy, making great progress and doing well… 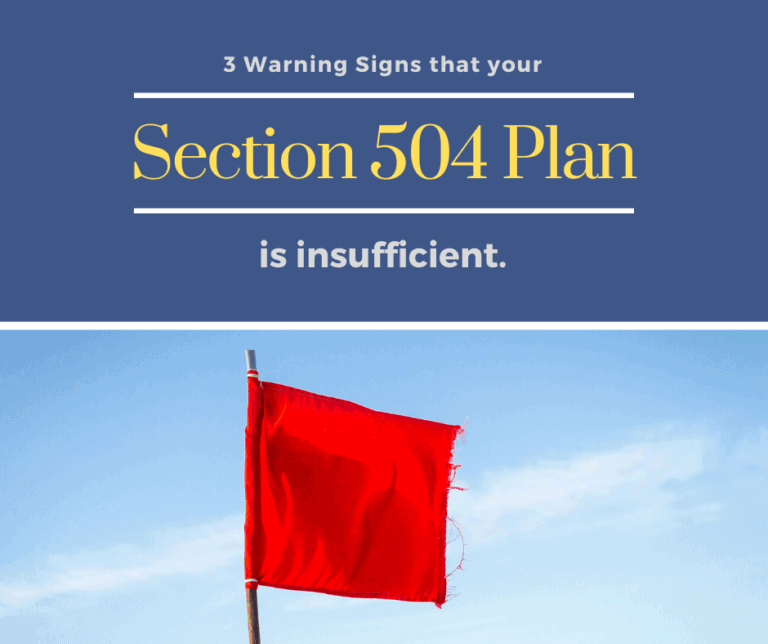 1.3K Shares 1.1K More Student 504 Plan 504 Plans certainly have their place in our education system. After all, they guarantee access to a student’s education, when a disability may be prohibiting access. What’s unfortunate is that I see too many 504 Plans being handed out to pacify parents and avoid IEP evaluations. Or, when… 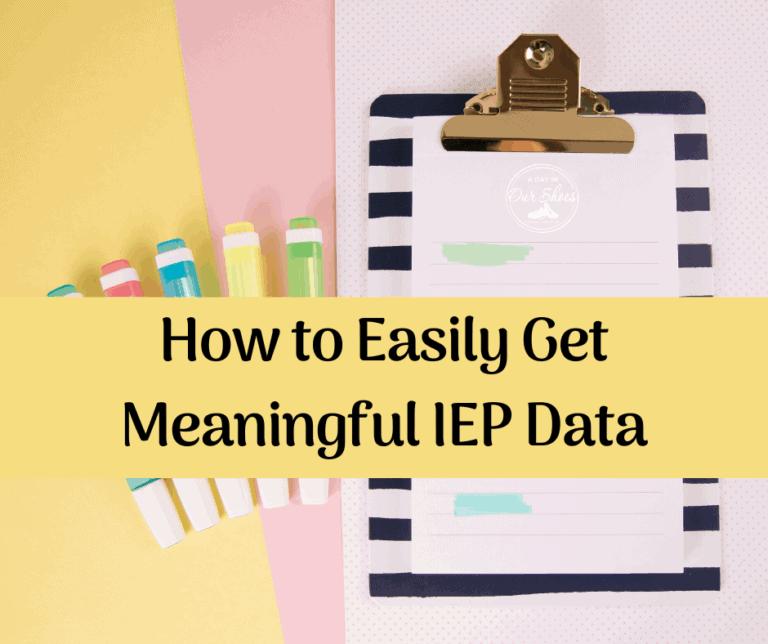 1.7K Shares 11 16 1.1K More IEP Data Collection A few weeks ago, Michelle wrote a post about IEP Progress Monitoring. In that post, she references “collecting data” several times. And, in our Facebook group, you will often hear one of us ask a parent, “What does your data say?” IEP data collection is one…