File this under, “If I can make a DIY weighted doll, anyone can.” Because I am NOT crafty.

I’ll show you step-by-step how I made a DIY weighted doll for my child. Easy to make and any soft stuffed animal or doll can be used.

Recently someone suggested that I get Kevin a weighted teddy bear. They are the same concept as a weighted blanket or vest. As soon as I was thinking of it, I was thinking that it was a great and a terrible idea all in one.

Great, because he enjoys the concept of weighted things. Terrible because he’s pretty specific about what toys he likes. I can’t just hand him any doll or teddy bear and expect that he’ll play with it.

Weighted dolls and weighted blankets are among some of the best toys and items for kids with autism or sensory issues, as the extra weight gives them the sensory input they crave.

I knew that our household contains at least a dozen Elmos and Counts since those are his preference. I set about finding the right candidate and found a great Ernie doll that would do the trick.

Supplies needed to Make your own Weighted Doll

The only thing I had to purchase was the weighted beads. I have a small number of sewing supplies here.

If my memory is correct and working, I believe I got this doll on sale or clearance for $5. My beads were around $10 so altogether my weighted doll was under $20, plus my time. I spent maybe 45 minutes doing this.

There are places to just purchase a weighted doll. That just wouldn’t work for us, because as I said earlier, he won’t play with just any doll.

I just used my little sewing kit and a pair of scissors. However, my scissors were brand new, so they were very sharp. My sewing kit consists of two regular needles and a few spools of thread.

How to Make a Weighted Doll

I delicately used my sharp scissors to open the seam in Ernie’s back.

Once he was open, I didn’t have to remove any stuffing. He wasn’t stuffed that tight.

Here’s where I did run into trouble (which could have been avoided). If you look at Ernie’s shoulder area, there’s a seam.

I couldn’t get beads into his arms or hands without undoing another seam. I didn’t want to do that, it looked a bit more complex than I’d like.

I was only able to get the beads into his head, legs, and body. Not the arms. So the weight is fairly evenly distributed.

Just be on the lookout BEFORE you start, not like me. Make sure you’ll be able to get into at least some of the appendages to evenly distribute the weight.

How much Weight for a Weighted Doll?

So how much weight should you put in? I could only find information for weighted blankets, which is 5-10% of the child’s weight. A 3 lb or 5lb doll seemed awfully heavy to me, so he is just under 2 lbs, 28-30 oz. I purchased 2 lbs of the weighted beads and I used almost all of them.

Someone had suggested to me to use fishing sinkers, but they are made of lead. K tends to sometimes put things in his mouth, so this wasn’t a good idea.

There are weighted beads/pellets sold in craft stores or you can order from Amazon. Or you can try buckwheat (I’d be afraid of bugs) or bags of sand (again, bugs).

Once you get all of the weighted beads put inside of the doll, sew up the opening with thread that matches the fabric of the doll.

Here is my little guy, with his finished product. So far it seems to be working. When he is extra fidgety or bouncy, I give it to him to hold and it’s calming.

It is a bit large, say for travel. But I still may use it for him to be able to sit still on a plane, train, or in the car. Out of all the Ernies he has, this one is already the clear favorite. 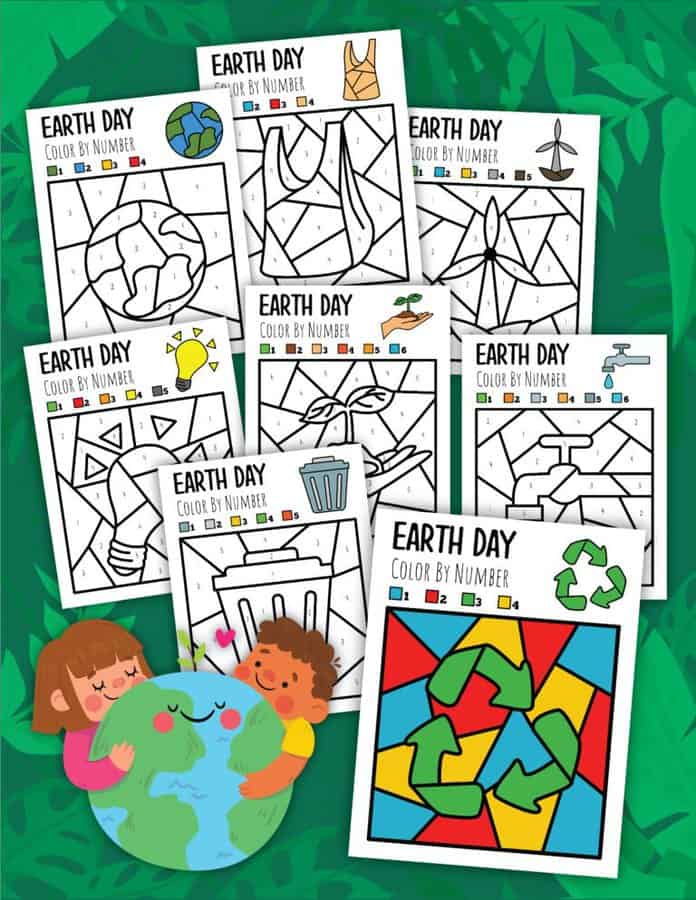 1.5K Shares More Earth Day Color by Number I am a huge fan of multi sensory learning, and surrounding kids with language and content. Numerous studies indicate that it helps kids learn. And, it can be applied to any content. Like Earth Day! Adding in a kids’ activity like color by number activity can also… 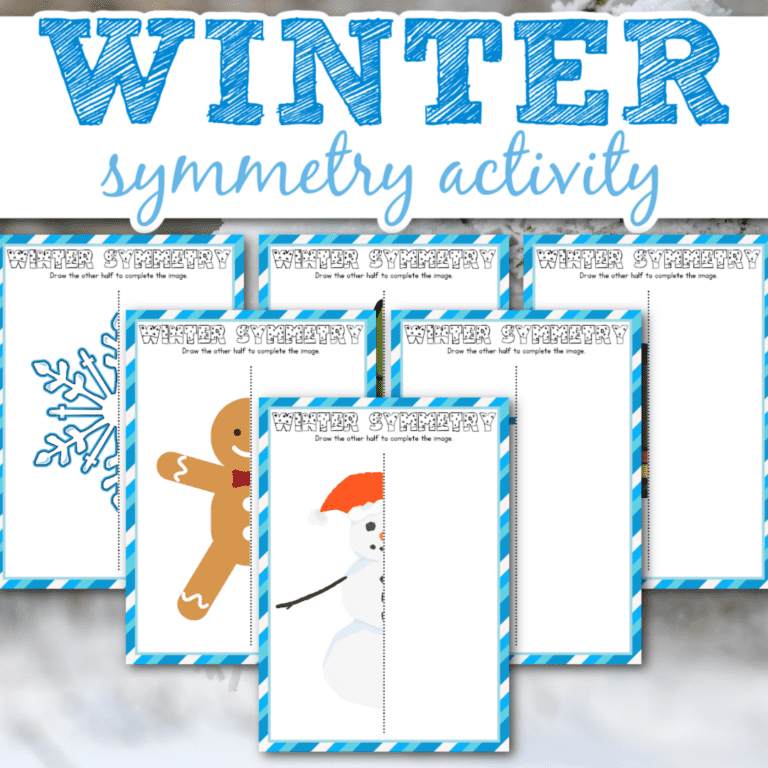 212 Shares More Symmetry Activities When snow and ice come around, many schools move to an online format. It can be hard to keep kids engaged when all they want to do is go out in the snow! One way to overcome this is to use winter and snow themed activities to teach the skill… 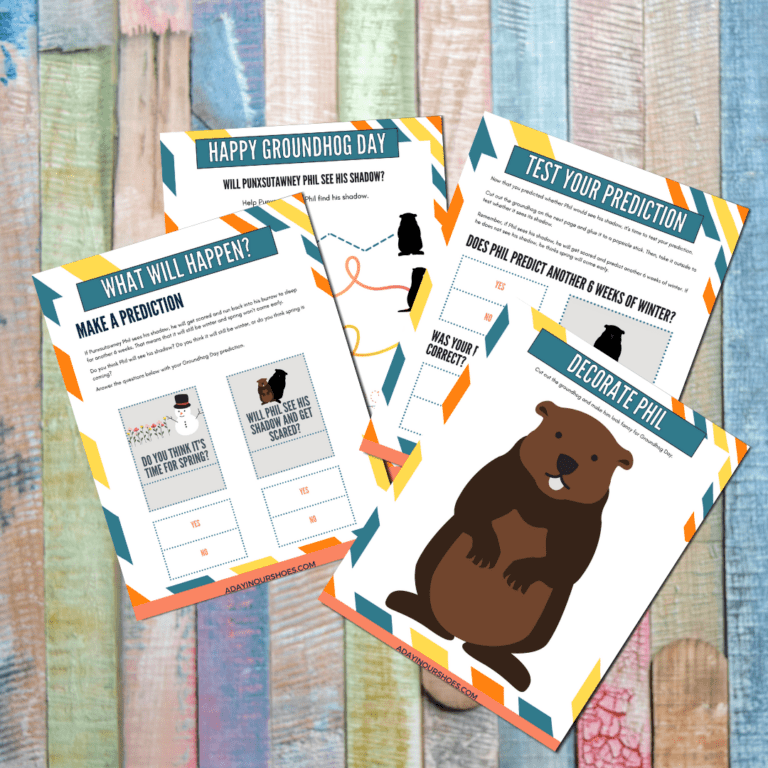 239 Shares More Groundhog Day Activities I’m born and raised in Pennsylvania, so maybe I have a skewed vision of Groundhog Day. I mean the day, not the movie. Groundhog Day is a big deal here, as the whole world looks to the little town of Punxsutawney PA every February 2. Punxsutawney Phil has been… 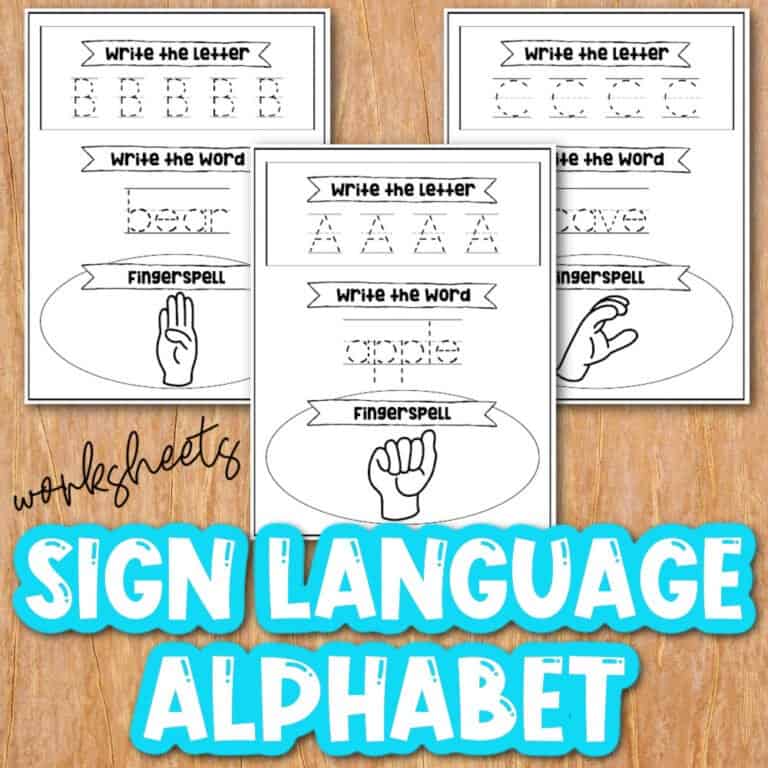 14 Shares More ASL Fingerspelling Learning the alphabet in sign language is a really fun and useful skill to have. While finger spelling out words can take longer than if you know the ASL words, it enables you to communicate with someone. It should be noted that while learning the ASL alphabet is a beginner… 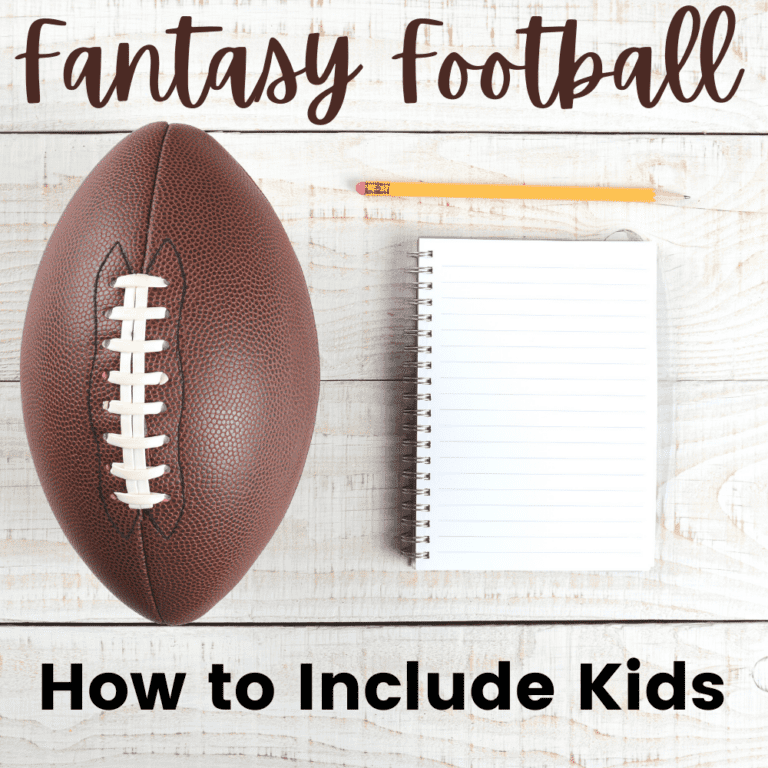 287 Shares 140 More Including Kids in Fantasy Football Leagues My husband has been in a family Fantasy Football league for several years. In recent years, he allowed our younger son (who loves football!) to help him make decisions on players and stuff. Then, I added a team. Another uncle left the league, we expanded… 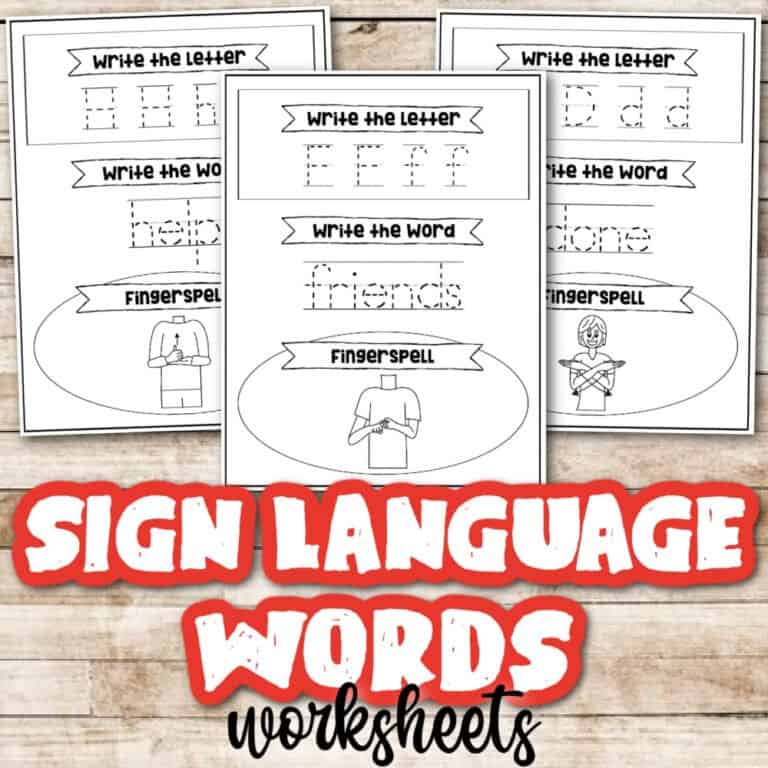 133 Shares More ASL for Thank You Many people don’t know this, but ASL or American Sign Language, is the 4th most common language used here in the USA. It’s also becoming more and more common for parents to use sign language with babies and toddlers before they have verbal words. We used sign language…