“You must be the change you wish to see in the world.” Gandhi.

I’m taking a year long training program to become a Certified Special Education Advocate. I had class all day Saturday. I like my instructor. Like, really like her. If I’m being honest, the first class or two, I found her to be a bit, um, abrupt with us. But now I just adore her and understand that if she wasn’t black & white about staying on topic and to the point, we’d never get through the class.

This past Saturday, we talked a lot about inclusion. And what is inclusion vs. mainstreaming and so on. But she said a phrase that was just another one of those “D’oh!” moments for me. I love when I have an idea or concept rolling around in my head and someone else names it for me. It helps me make room for other stuff. But here’s the phrase: Disability Tourist. 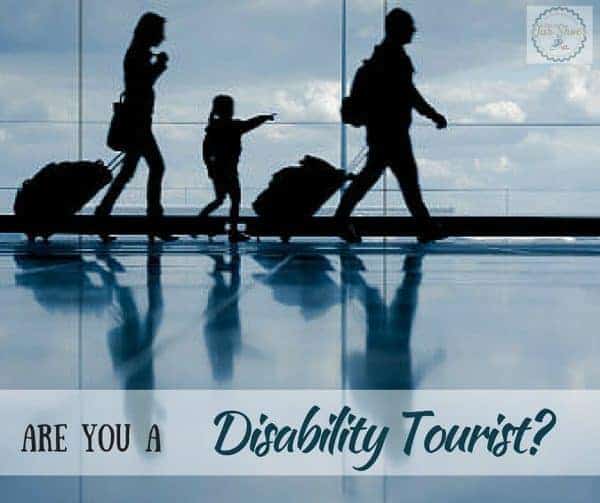 Ok, so for those of you saying “Wtf is that?” here’s some background. In the past few years a similar term called “Poverty tourism” has emerged. The idea is that you go tour an area of extreme poverty. And while it initially sounds very voyeuristic, the hope is that you walk away motivated to help change the world. Or at least the situation of the people you saw. It’s an idea becoming quite popular in slums in India, Brazil and Africa. But here’s the thing-how many of those poverty tourists are actually doing anything to facilitate change? I don’t know and can’t find any statistics to support it. But I do know that for the most part, there still is a significant portion of poverty in our world. I’m thinking that probably, most people go home, make a donation and then go on with their lives.

Let’s translate it over to the special needs community. How many of you (as special needs parents) have met a disability tourist? I can tell you that even though I’ve only been immersed in the special needs community for less than ten years, I’ve met dozens. You have too, the conversation goes like this: For whatever reason, your child’s disability or condition gets mentioned to someone. They nod and say “Oh, ok, I think someone I work with/my niece’s next door neighbor/insert any other acquaintance’s acquaintance here has autism (or whatever condition you just said).” And then a few other niceties are exchanged and you both go on with your day.

First, don’t get me wrong. I understand that you (as a possible disability tourist) are just trying to find common ground. And I don’t expect that every stranger that you are introduced to, that it turns into you inviting them over. I get that. I also understand that when I said those words “My child has………” that it makes you afraid. You don’t know what to say. I know this because it happens to all of us. It’s not fun to talk about things that are negative. So we avoid it.

But, are you a Disability Tourist? Do you “know someone with autism” or “know someone with Downs” but at the same time, they’ve never been to your home? Have you ever been on an outing with them or invited them to your child’s party or event? Do you think about including a person or family and then think, that because of the disability that is in their household, “Oh, they probably wouldn’t want to go.” Maybe we do want to go. Ask.

That’s what this post is–I’m asking all of you Disability Tourists to step out of your comfort zone. Invite us. Include us. That’s all we’re asking. And in return, I will ask all my special needs friends to make an extra effort when they are included. Yes, it is much easier for us to stay home than to try to think about attending a noisy birthday party. We’re parents–we’re not going to put you or our children in any situation that is potentially unsafe for you. We know our limits. And while not every child can participate in a party at a bounce house, they may still delight in watching others do it. My child may not be able to eat a single thing that you serve, but I’ve been through this before and I guarantee you I have a packed lunch box in the car, just in case. As parents we are aware that our child may act up during movies, but please still invite us to such outings. We know to sit near the back and exit when we are bothering others. But we just want a chance to get it right. Because there is a chance that my child may gobble up everything you serve and ask for more, or sit quietly through an entire film or be able to enjoy the entire party. And that would mean the world to us. It’s those small victories, those glimpses of normalcy, that get us through. And make it easier for the next person.

Yesterday one of my friends stopped by and she has two young boys on the spectrum. At the end of her visit, they started to, as she put it, “act like a cat trying to be put in a cat carrier when I try to get him in the minivan.” Which is very funny, but at the same time, very difficult. Because that is exactly what she was dealing with–two young boys refusing to get into the car and ones that have the dexterity to undo seatbelts. She apologized several times and I finally I said “C, it’s me. I get it. You don’t have to apologize to me.” We’re sick of apologizing, we want everyone to ‘get it.’ Our children sometimes act in ways that are “not socially acceptable.” But we still want to be included and we want you to be as forgiving with us as we are with each other. We understand that because of feeding issues or allergies or sensory issues or equipment that we have to drag along with us, that to include us often means a bit of extra work. We’re asking you to do that bit of work. We know we segregate ourselves at times, really we do. But we do it because it’s easier. I’m willing to step out of my comfort zone if you are. We don’t both need to go the extra mile, if we’re both willing to go the extra half-mile and meet in the middle. Can we do that? Because in the long run it benefits everyone. Not just me, not just my kid. All of us.

Talk to your children. Ask them–is there someone at school who is always being picked on or bullied? Is there a classmate that never has anyone to sit with at lunch or play with on the playground? Encourage them to reach out and include that person. I understand the power of peer pressure, really I do. We have to start somewhere.

Stop being a tourist. Come on in, kick your shoes off, stay a while. Make it your second home, not just a tourist destination.

Life should look like a Sesame Street episode–all races, colors, disabilities and everything else–all playing nicely together. But let’s get out of the TV and do it.

**For those of you that are my friends & family and regularly include us, THANK YOU. And this post wasn’t directed at you, you know that, right?

Please note: This post was originally written and posted in October of 2011. Republishing for new readers and followers.

Have I reached acceptance or am I settling?

Don’t teach what you’ll have to unteach

3.5K Shares 3.1K More 6 Reasons Why You Should Tell Your Child About their Disability Over the years, I’ve had clients with all kinds of diagnoses. And yeah, some of them were pretty extreme and intense for a young child. I had this one mom and she was trying to protect her son. He was…

34 Shares 32 More Today I testified before our state’s Special Education Funding Commission. This group of individuals has been charged with the responsibility of evaluating the special ed process in Pennsylvania, how it works, how it’s funded, the funding itself and so on. They want to hear from parents and citizens about their experiences… 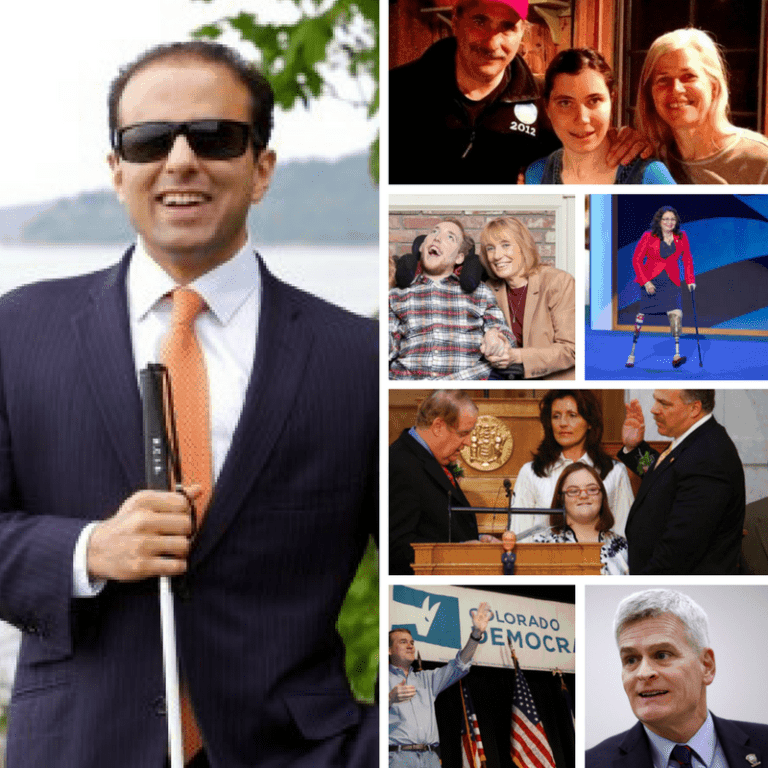 253 Shares 202 More Politicians with Disabled Family Members Politicians-disability-community-family. You’d think that those words would go together, right? Do you remember it? It seems like a lifetime ago. But how the gossip was spreading in the disability community. “She has a son with Down Syndrome.” Wow, it was someone like us! Believe it or… 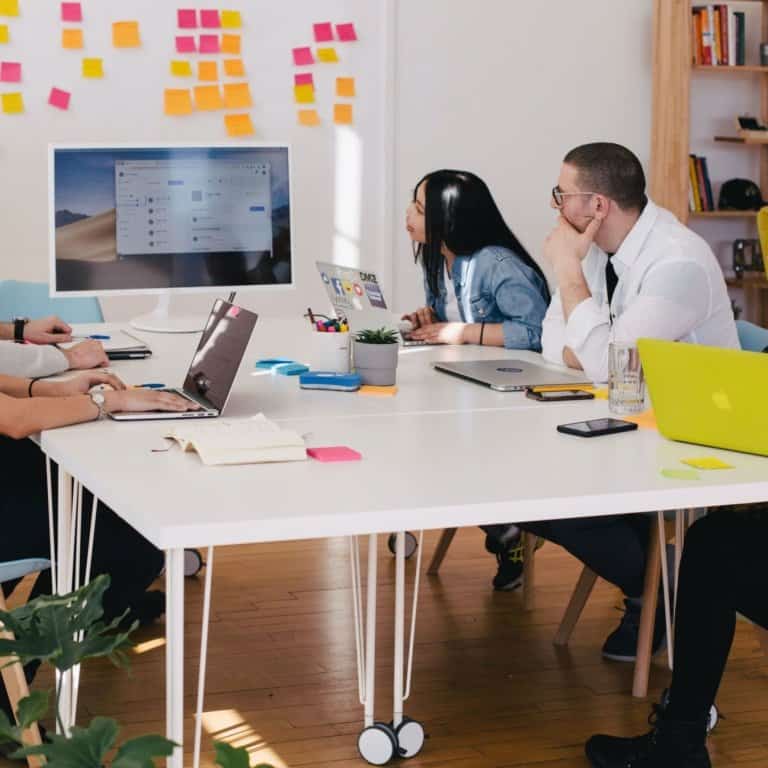 More The IEP Team had a Meeting without You. Let’s be honest, not everyone fully understands the IEP process and what it entails. It’s a complicated beast and can make you scream. I’ve addressed issues similar to this in other posts, but a common theme that I encounter with parents is unrealistic expectations. What do…