When was IDEA passed?

IDEA was first passed in 1975 as Federal legislation. However, its history began much before that. The history of special education and learning disabilities is an interesting one. It was activists and allies who paved the way, and we must soldier on for them.

While I don’t excuse anyone’s behavior or the turmoil that accompanies the IEP process, understanding where we came from helps give a new perspective and many special needs parents today, out there fighting the IEP battles, you all were born well after 1975 and may not know the history.

There are so many interesting pieces of history that accompany special education, you really should take a look. For those of us who have lived in the age of ADA (passed 1990, my junior year of college) may find some of the disabilities history unthinkable. But it is what it is.

The Turbulent 1960s and Civil Rights

The 1950s and the 1960s brought us many memorable civil rights moments, as pertains to people who are Black/African-American. It’s important for all of us to remember that the disability rights movement began as a civil rights movement. Brown v. Board of Education and other SCOTUS cases were relevant in passing IDEA and defining FAPE.

A few things transpired in the world of disabilities that did not garner as much publicity. For one, JFK (who had a sister with intellectual disabilities) appointed a panel to study the status of Americans with “mental retardation” and make recommendations for reforms. Also, Medicare/Medicaid was passed/started in 1965 and included the disabled.

LBJ continued much of the work of JFK after his assassination and I have to wonder what “could have been” had JFK not been assassinated or had LBJ not had the Vietnam issue.

Education Acts of the 1970s

The 1970s saw more movement in the world of disability rights. 1971 brought disabled people their first law institution devoted to defending their rights and the first major court case determining basically that you cannot just institutionalize people and forget about them.

1972 was the famous Mills case securing the right to education. 1971 was also when PARC (Pennsylvania Association of Retarded Citizens) vs. Pennsylvania was filed, guaranteeing our kids’ education. The first handicapped parking placards were introduced in 1973.

In the late 1960s and early 1970s, several investigative reporters did exposes on people with disabilities and the horrific conditions they were experiencing living in institutions.

You can Google them if you want. I’m not posting links. As a Mom to a child who just a generation ago would likely have ended up in one, I find them unwatchable. I just can’t. They honestly make me nauseous the few times I have tried to watch.

Two of the more famous shows were the expose of Pennhurst (here in Chester County) and Geraldo Rivera’s 1972 expose of Willowbrook in New York.

All of this momentum, the civil rights activities, the TV shows, it landed us at gaining Section 504 and IDEA 1975. Passage of the Rehabilitation Act of 1973 marks one of the greatest achievements of the disability rights movement.

Section 504 prohibits programs receiving federal funds from discriminating against “otherwise qualified handicapped” individuals and sparks the formation of “504 workshops” and numerous grassroots organizations. Disability rights activism seizes on the act as a powerful tool and makes the signing of regulations to implement Section 504 a top priority.

Litigation arising out of Section 504 will generate such central disability rights concepts as “reasonable modification,” “reasonable accommodation,” and “undue burden,” which will form the framework for the subsequent federal law, especially the Americans with Disabilities Act of 1990.

Keep in mind, while Section 504 was a tremendous victory, the schools still had a long way to go. 504 just means accommodations–not inclusion or inclusive classrooms. It meant you had to allow us and give us access. Acceptance is whole ‘nother thing.

In fact, the famous “504 Sit-In” by Disability Rights Activists didn’t happen until 1977. So even though Section 504 had been around for 4 years, it was far from perfect.

It’s also worth noting that this famous sit-in was held in San Francisco. And, disabled protesters needed protection. Guess who protected them? The Black Panthers! Yessir!

For these reasons and a bazillion others, all Disability Rights Activists should be Black Lives Matter Activists, in my opinion. They were there when we needed them. We need to be there for them now.

History of Special Education in the United States

IDEA 1975 started out as “The Education for All Handicapped Children Act,” establishing the right of children with disabilities to a public school education in an integrated environment. The act is a cornerstone of federal disability rights legislation. In the next two decades, millions of disabled children will be educated under its provisions, radically changing the lives of people in the disability community.

Prior to this Act, only 20% of all children with disabilities were in public schools. They were either kept at home not receiving an education, or they were in an institution.

It is important to note, and I’ve blogged about this before, that IDEA 1975 has never been fully funded. Ever. The changes that were brought by IDEA 1975 were extremely dramatic for the times.

Remember, 80% of all kids with disabilities would now be entering the school systems. So our federal government said, “Hey, we understand that this is drastic, so we will fund up to 40% of the cost to educate each child with a disability.”

To date, that funding has never been above 20%. This is why the Full Funding of IDEA is one of my passions and why parents need to get more involved.

History of Inclusion and Education

Look, I am not excusing anyone’s abhorrent and discriminatory behavior or the turbulence that surrounds the IEP process. Or the bullying, the isolation, the exclusion that some of our families still experience today.

But I believe it is helpful to understand the history. I was born in 1970. Therefore, my family is really just one generation away from this. When I was born, people with disabilities had very few rights.

A generation later, we are demanding (and rightfully so!) full inclusion and full rights. But that doesn’t mean everyone is there. Old dogs can learn new tricks, some just take more time. And some of the newer dogs have been schooled by the older dogs, so it takes time.

We are less than  100 years away from forced institutionalization and forced sterilization of disabled people.

It was just one generation ago that Moms were encouraged to institutionalize their disabled children. I cannot remember seeing any disabled children in my primary school, which would have been 1975-1979. I remember the “special classroom” in middle school, but I do not remember any in junior high or high school.

Presumably, kids with disabilities were still being bussed to segregated classrooms. Sometimes I think about the kids who were undiagnosed and forced to suffer in a regular classroom, and how we made fun of them. I sometimes lose sleep over that.

But the point is, when you know better, you do better. Now we know better. Our kids are kids, just like any other kid. They love cartoons and ice cream and superheros and birthday presents and they deserve an education just like those other kids.

Also presumably, anyone who was working in education in 1975 is retired now. But those who were teaching in 1980 or even 1990 (when ADA was passed) may still be teaching and harboring antiquated ideas. Same goes for people everywhere that you may encounter in public.

Remember that the ADA (Americans With Disabilities Act) was not passed until 1990. That’s like, yesterday! This is all pretty new and we have much work to do. As Martin Luther King Jr said, “Morality cannot be legislated, but behavior can be regulated.” It’s time for us to keep moving, lots of parents before us worked very hard to get us to this point.

Intellectual Disabilities and Autism have been around forever. However, until quite recently, it was accepted practice and etiquette to think of those folks as “less than” human. Throughout time, you can see many derogatory practices and words (idiot, moron) used toward people with autism and IDD.

A German physician first coined the term “dyslexia” in 1877. The term “learning disability” would not be used until 1963 at a medical conference in Chicago.

I hope that this post has been more interesting than what you found in a high school history class. I tried to keep it short. Please get involved in disability rights advocacy so that we can change what the next generation will experience. For those of you who are thinking that I left out PARC and other important milestones, no worries. I have a synopsis of Pennsylvania’s part in the Disability Rights Movement. 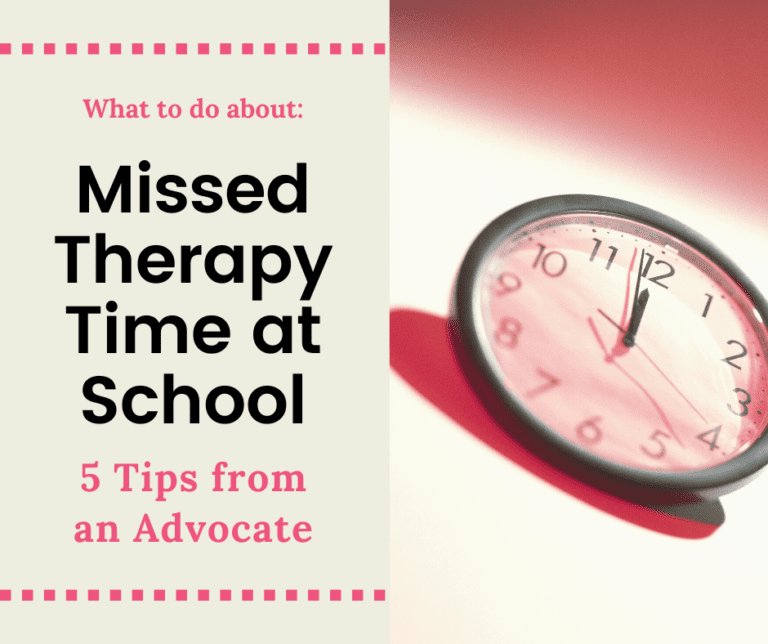 1.4K Shares 1.3K More What can I do about missed therapy hours at school? I hear this question a lot. And this is an area where there is a huge amount of misinformation. No, they do not have to pay you. The district also does not have to arrange for private outside therapy. I mean,… 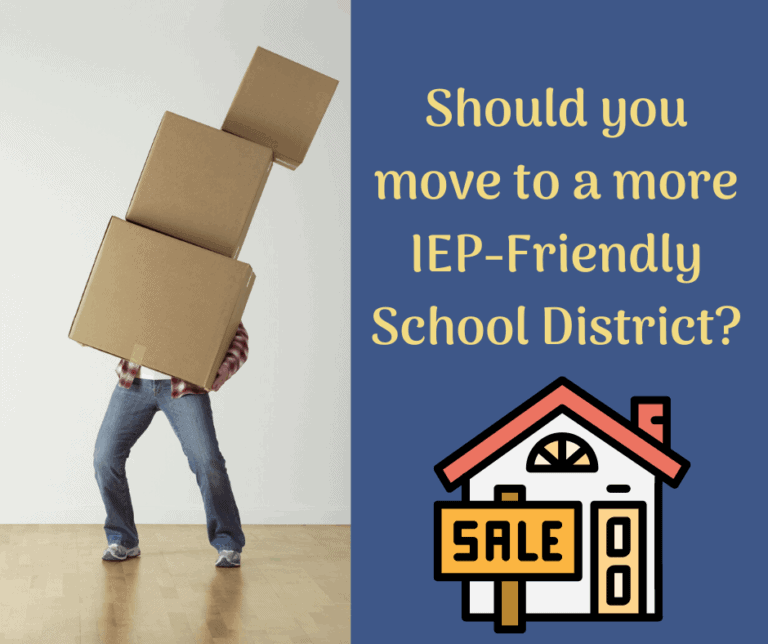 1.6K Shares 1.4K More Should you move to a more IEP friendly school district? It’s not a very popular trend, but this does happen occasionally. Families who move from one school district to another due to their frustration with their current district and the IEP process. But before you say “hey, that’s a great idea!”… 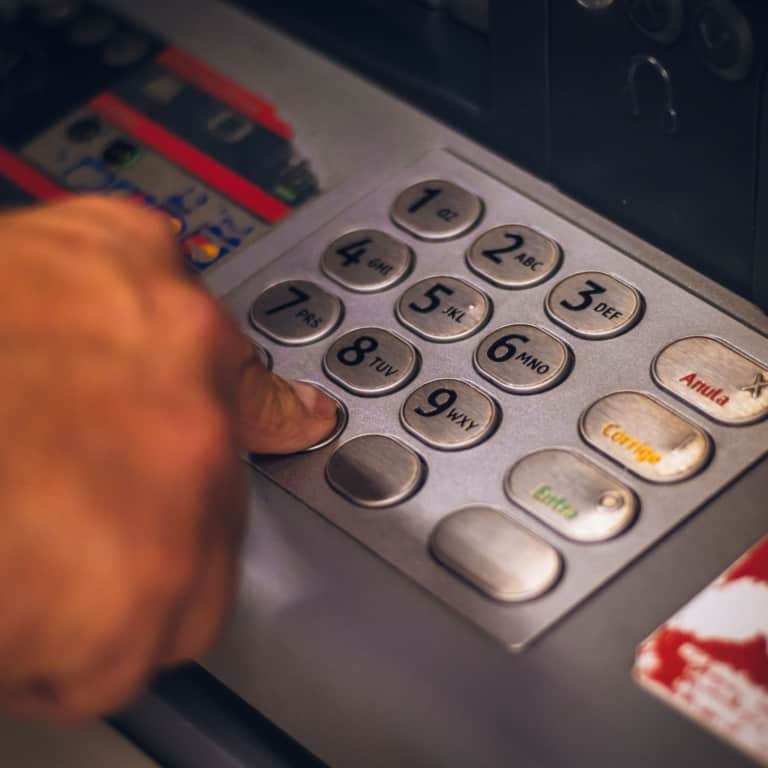 16.1K Shares 27 12 6 710 More Functional Money Skills Remember when we were little, and we thought nickels were worth more than dimes, just because they were bigger? Ah, those were the days. As part of adulting, we need to teach our kids practical money skills. Money as a topic usually falls under functional… 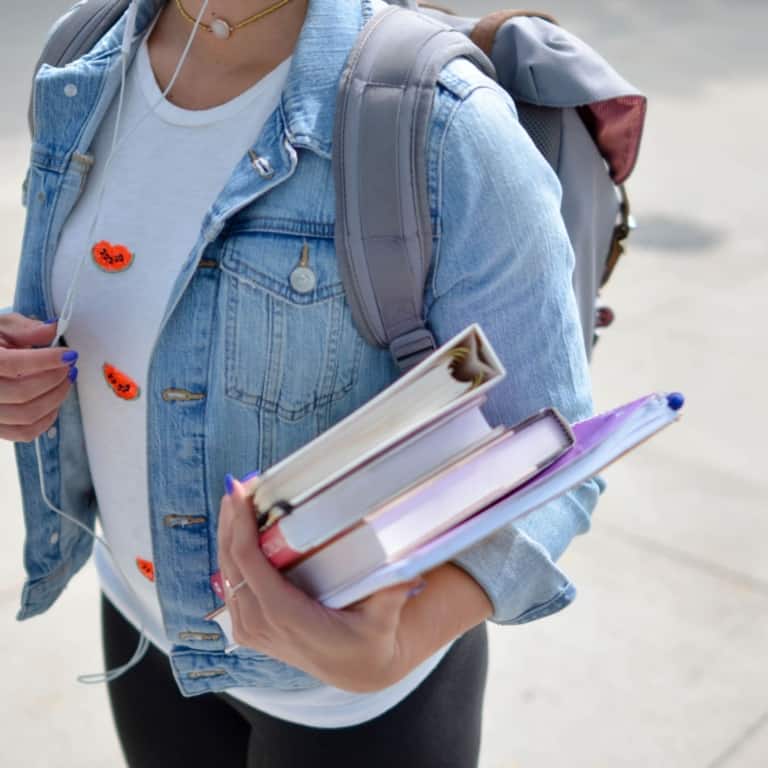 More IEP Transition Goals for Postsecondary or Job I was leery of how I could use the word “postsecondary” and not create any confusion. To be clear, there are no IEPs in college. A student can get a 504 plan, but is not entitled to special education in college. But, it certainly is a realistic… 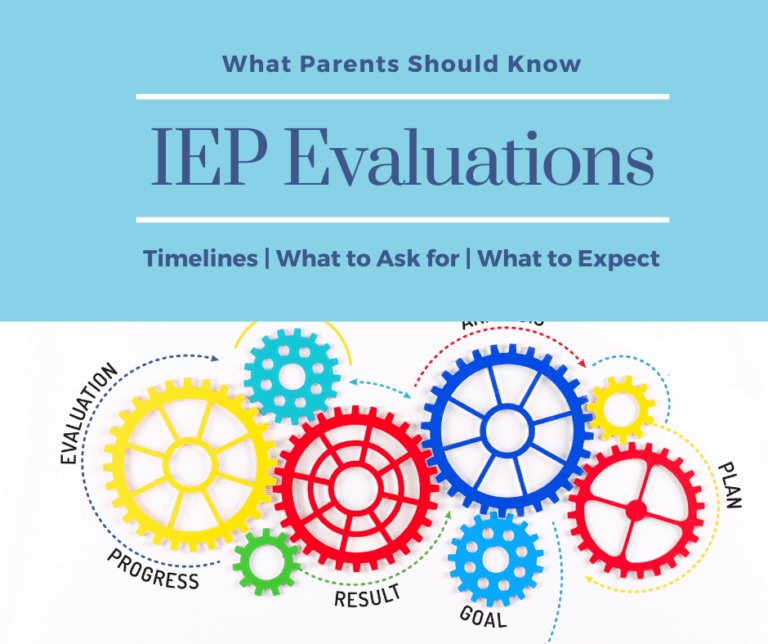 753 Shares 16 31 538 More IEP Evaluations Different variations of questions come up about IEP evaluations all the time. Parents are unclear about timelines, what tests to ask for and sometimes get confused with the IEP re-evaluation process. As a result, after 8 years of this blog, at one point I had a dozen…

838 Shares 6 700 More Parent Counseling and Training on an IEP One little-known feature of IDEA is the section on parent training. Parents are often unaware that they can ask for training and/or counseling as part of their child’s Special Education. Many parents are intimidated because school personnel may know more about pedagogy or…