Washington, DC is my second favorite city. Maybe my first-favorite. It’s so hard! I love Philadelphia because it feels like home to me and I love all the history, but I love DC because it has history and what is happening today. It’s a city with great energy.

I look for any excuse to visit and we average at least 1-2x a year. I’m going again in a couple of weeks and just can’t wait! Recently Kevin and I did a sleepover at the National Archives in DC.

What even is The National Archives?

The National Archives are just that–archives. They are the official record keepers for the USA. Well, as far as our government.

The Archives and the Archives Museum are kinda the same. The museum is there–but not everything that the archives keeps and maintains is available to the public, on display, in the museum. Like, you know, top secret CIA or nuclear documents. You shouldn’t be able to view them at a cheezy golf restaurant in Florida either…but I digress.

For example, they preserve and display both the Declaration of Independence, the Constitution and Bill of Rights, as seen below. Preserve the history, but of course Americans want to see this!

That is what prompted us to attend the sleepover. But maybe you’re thinking, “meh, historical documents…boooorrrring.”

Reasons to Visit the National Archives for a Sleepover

I highly recommend the sleepover. But a day visit is cool too.

Here are some reasons you should go.

Author’s Note: I am not sure if these events have resumed post-covid. You should check the website or social media for more details.

Right after the holidays, I was contacted by some folks from the National Archives in Washington, DC. They asked if I had any kids between the ages of 8-12, and if so, did we want to come down and be their guest for their overnight sleepover?! Yikes!

I was so flattered at being invited that I responded yes without thinking it through. After I said yes, I got nervous.

After all, my older child who is 8 is my child with disabilities. He is normally a pretty passive and agreeable kid and travels well.

But, I usually rely on the privacy of a hotel room, which we definitely would not have. My anxiety only exacerbated when they said “no outside food” and that we wouldn’t be able to leave the building.

Still, I forced myself to toughen up and go. And I am so glad that we did.

First, I did email the person and told her about Kevin and about a few accommodations that we may need. We were permitted to bring in our own food but we ended up not needing it–I had it just as a provision in case he couldn’t eat what was served but it wasn’t an issue.

I also let her know that he would likely be the only child there in a stroller, which is the width of a wheelchair. And that he needs it for endurance and comfort.

I forgot to ask about restrooms and I did not notice any family restrooms there. No raised eyebrows when I brought him into stalls with me.

The event ran from 6:30 at night until 8 or so the next morning. We arrived early in town around 4.

That gave us time to walk in town and get some BBQ for dinner at a restaurant plus time to walk up and around the Washington Monument. I highly recommend the BBQ restaurant, Hill Country. Especially if you have kids!

DC can be a more formal city, but Hill Country was relaxed. And, they have mac and cheese. Can never go wrong with mac and cheese if you have kids.

It was terribly cold out that day or I would have arrived in town even earlier.

Security at the National Archives

Yes, expect to go through security! You are in the same building as the actual Declaration of Independence.

Once we got in the National Archives we had to go through security. And then, since we were doing the sleepover, everyone was to check in their belongings and go to the theater for an orientation.

I liked the setup of the evening’s activities. You could go to them as you wish and go to as many or as few as you like. I think we visited everything although we didn’t participate in everything.

We enjoyed making our own rocketship, but we passed on trying on costumes.

See the Charters of Freedom

I Learned some really interesting things! I had no idea that the Declaration of Independence was so faded, but it appears that early on people were proud of it and didn’t know any better. So they hung it in rooms with bright sunlight and cigarette smoke and more.

Now all 3 Charters of Freedom (Declaration, Constitution, Bill of Rights) are kept protected and in dim light. Plus they don’t allow any photos. I love history so seeing all of what the National Archives has is really interesting to me.

You can even go there and use their resources to do your own family research if you’re into that. They even had a few folks walking around “in character” pretending to be famous explorers which went over really well with the kids.

At around 10:30 or so, we were allowed to fetch our sleeping things and claim our camping spot in the Rotunda. I got nervous all over again! I made sure we were pretty early so that I could find a cozy corner (as much as you could in a round room) and got us set up, the stroller parked and our sleeping mats and bags laid out.

I had planned our outfits out ahead of time. I wasn’t sure if we would be expected to change into pajamas (some did) or what…so we both wore warm-up suits (yoga pants for me) and comfortable tees and sweat jackets. I knew that I could reasonably sleep comfortably in that, and then just wake up the next day and drive home in it. Bringing PJs seemed like extra work.

So we settled in, and Kevin was giving me some crazy looks. He kept trying to get back into his stroller, and I’d tell him no and tell him that this is where we were staying and sleeping.

He kept giving me the side eye but did settle in with some of his favorite books. His brother’s light up pillow was a huge hit.

Lights were turned out at 11, and let the fun begin! Gah, it has been a long time since I’ve attended a tween slumber party. Good grief!

Needless to say, the kids took a while to settle down and found amusement in shining their flashlights on the rotunda ceiling. Which made Kevin giggle.

So then people were shushing him. Kevin also likes to mimic people coughing, so when it was quiet and someone would cough, he’d mimic them. Then, the snoring began. And Kevin thinks snoring is hilarious so his giggle fits came back and more shushing.

Kevin ended up sleeping from about 11:30-4:30. Me, not so much. I don’t think I dozed for more than 30 minutes at a stretch and I was envious of the mom near me who brought a fold up cot. That floor is hard and unforgiving!

I would definitely recommend going and they have several events like this each year. Just know that the floor is hard and uncomfortable for adults.

The next morning they offered us a really nice breakfast, a really nice gift bag for both kids and adults and we were on our way and home by 11 am. It was Super Bowl Sunday, so it was a good day to be lazy and lay around. I was really tired!

That night I was super thankful for my bed, but again, it wouldn’t prohibit me from going back. We will definitely return with my younger son.

Visit the Rest of the City

I love Washington, DC and I love having an excuse to go there. If you have a child with special needs, don’t be intimidated. You can do this. The staff is more than accommodating and if you need privacy to take care of medical issues or something, I’m sure that could be accommodated.

I also noticed that if we had chosen to sleep on the lower-ish level of the Rotunda, that may have worked better. If you have a night wanderer or something, that would allow you more flexibility. DC is much closer to Philly than we think and a very easy drive.

You could also take the train, though that would have been more difficult for me to manage with sleeping bags and stuff, with a child who cannot carry his own things. We need a sherpa.

**I was invited to attend this event at no charge on behalf of the National Archives. All opinions are my own. All photos provided by National Archives. This post was originally written in 2015 but is periodically updated to fix links and photos. 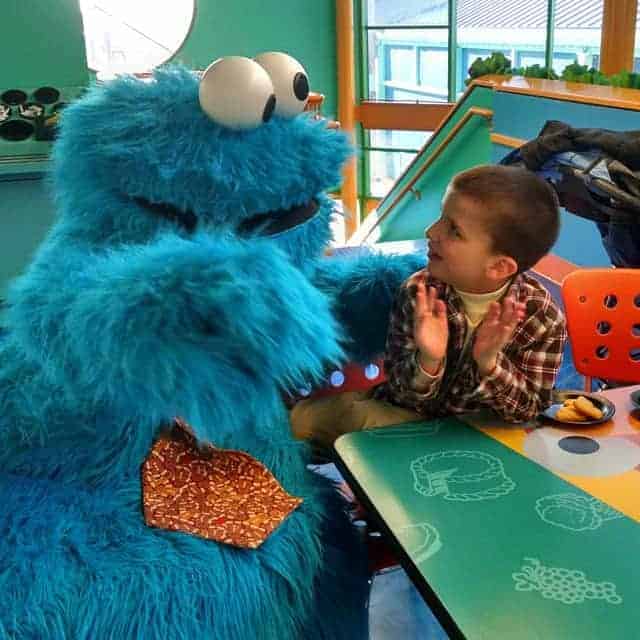 901 Shares 183 More Sesame Place Travel Tips Let’s be honest. Sesame Place is an expensive outing and chances are, a special occasion trip for your family. So you want to make the most of it, right? I’ve been to other parks and our trip was a disaster because we wasted our day waiting in… 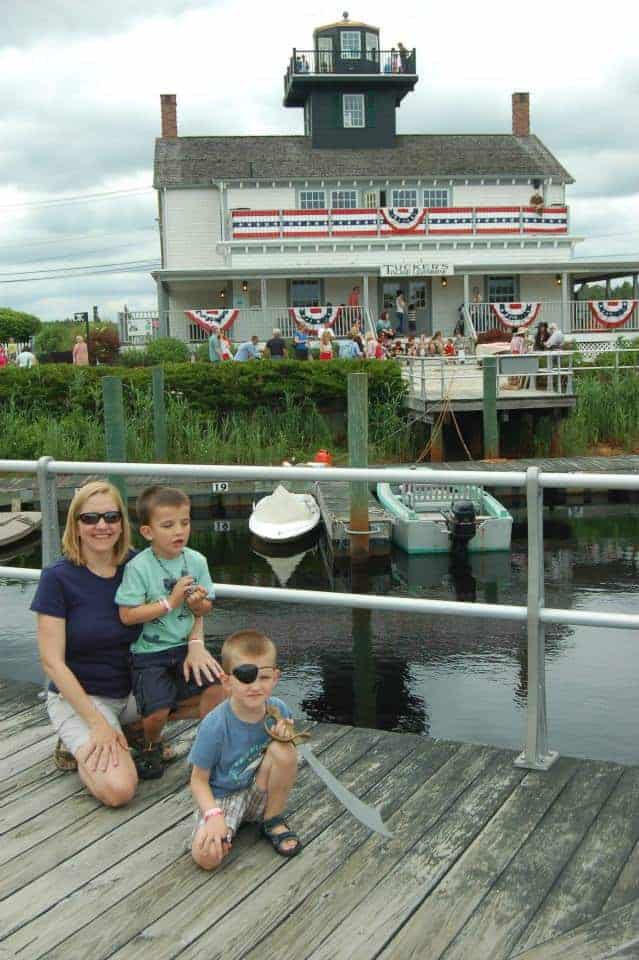 Tips for visiting the National Constitution Center especially if you are traveling with kids and disabilities. It’s a great outing, you should go! 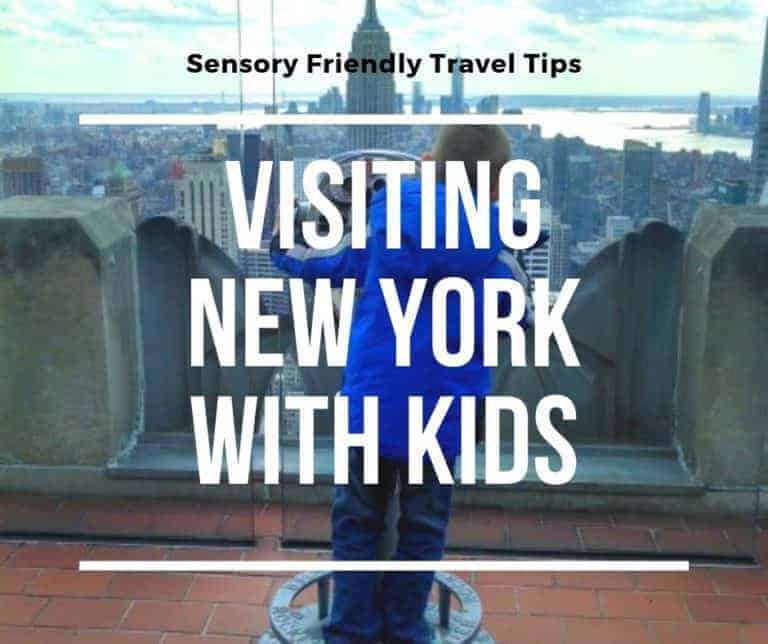 613 Shares 335 More Things to do in NYC with kids. I am in love with New York City. And fortunate to live only 100 miles from it. I understand why some find it intimidating. However, turn intimidating into exciting, and make a plan to take the kids. NYC is a wonderful city with so… 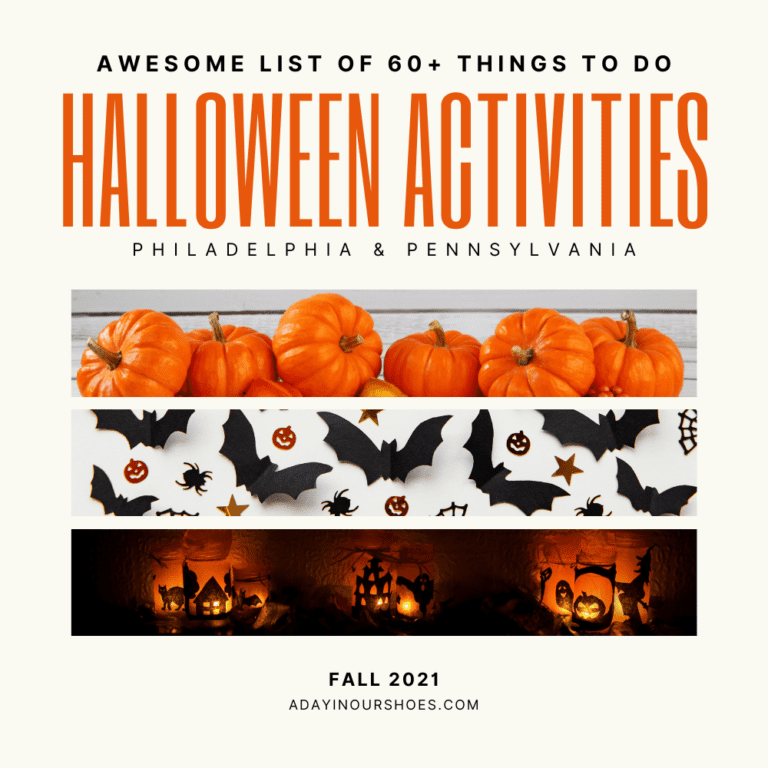