Home » Acceptance, Advocacy and Activism » 16 ways the world would be awesome if half of everyone had autism

Surely, you’ve seen it, right? Gasp! Eek! Run for the hills! Half of all kids are going to have autism! Half, people, half! The horror!

First, let me just do a short comment on how discriminatory and bothersome that was, to see that in my feed for a few days, repeatedly. It’s the tone in which it was posted, right? Like this is such a horrible thing. Like a “Hey, if it’s 1:70, I’ll take my chances, but holy crap…one out of two!!! We’ve got to do something about this!” Let’s insert any other description of a person into that phrase. Instead of “half of all people will be autistic….” use: black, Indian, Jewish, Muslim, Hispanic, blind, deaf…doesn’t that seem wrong to you? To be fearful of people because of how they were born, something that they have no control over? Trust me, if the worst thing that happens to you is that you “end up like my kid” then you are doing fine. He’s wonderful, you could do much worse.

To my fellow special needs parents, I get it. We realize how completely inadequate the services available to us are…and if demand increases to that level, would be impossible. But, simmer down people, it’s NOT true. Despite the fancy-schmancy MIT credentials, it’s not true. Posting it over and over again on Facebook does not make it true. But what if it was true……….

Honestly, would it be so bad if half the people had autism? I don’t think so. In fact, I think that there are lots of ways our world would be more awesome.

Please note that this was written with a bit of sarcasm and isn’t intended to offend anyone. (Hey, sarcasm might disappear, another one!) My own child does many of these things…and it is what it is…and what it is is insulting, when you think that your child “might end up like him.” You know what, that’s not a bad thing. He’s awesome.

Hi, I'm Lisa, owner and main writer for this site. I live in Chester County, PA with my husband and two boys. I am a Special Education Advocate and Disabilities Consultant, run this blog and the Facebook group and manage to squeeze in time for lobbying. Thanks for reading! 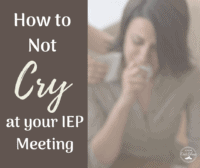 How to Not Cry at your IEP Meeting. Is it any wonder that Moms cry at IEP Meetings? Pretend I’ve invited you to your child’s school for a meeting. And this meeting will be you and 5-10 people who you do not really know, but in many ways, they hold the keys to your child’s […] 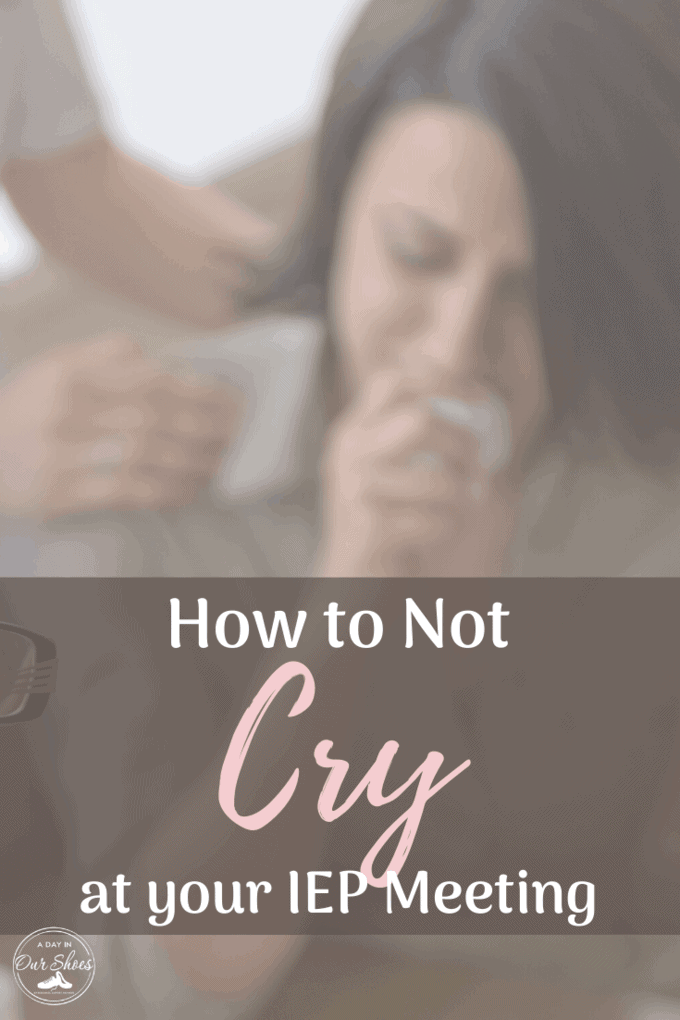 Weighted Blanket Causing Pain Weighted blankets. They seem harmless enough, right? So we started using them. I purchased two for our household. Less than 6 months later, I’m selling them. We are no longer using weighted blankets in our home. So I thought I’d explain why. I did not experience the benefits, but oh boy, […] 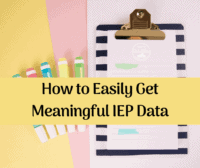 IEP Data Collection A few weeks ago, Michelle wrote a post about IEP Progress Monitoring. In that post, she references “collecting data” several times. And, in our Facebook group, you will often hear one of us ask a parent, “What does your data say?” IEP data collection is one of the most difficult concepts that […] 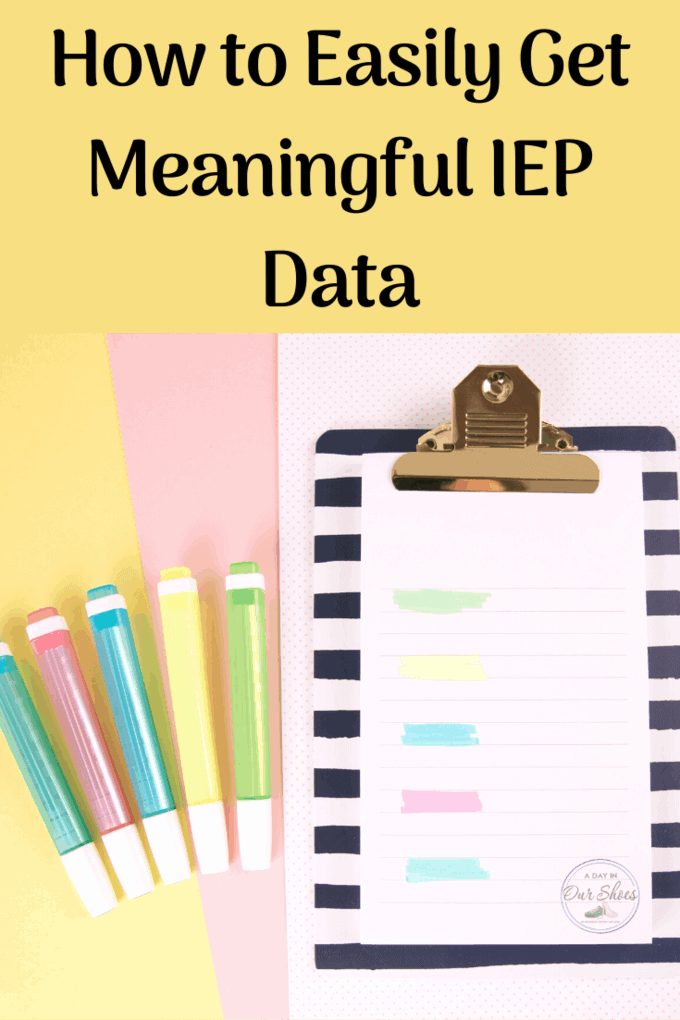 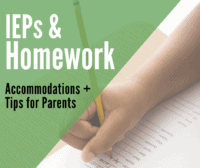 Can you get homework accommodations on an IEP? Short answer: YES! I know many families who are tired of the tears, the battles and the general unpleasantness that is homework. Especially if your child has an IEP. So, here are some things to think about, things to look at in your specific situation and accommodations […] 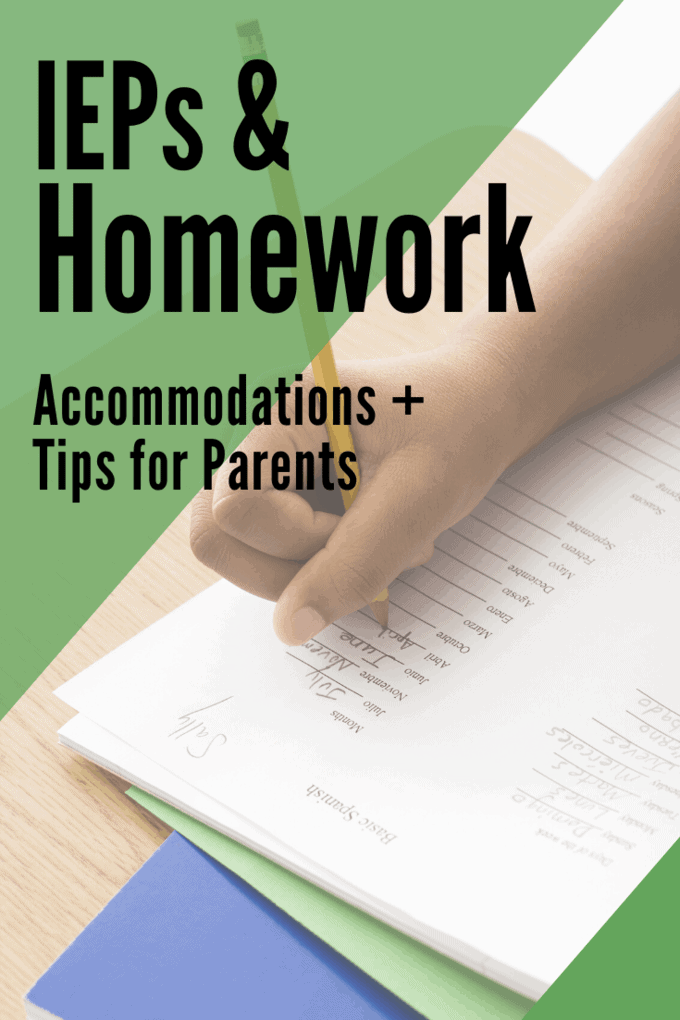 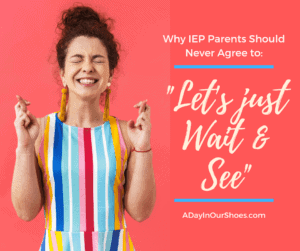 Let's Just Wait and See. I'd be willing to be … END_OF_DOCUMENT_TOKEN_TO_BE_REPLACED 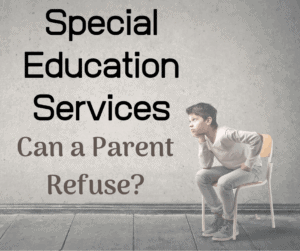 It doesn't happen as often as it used to, but this … END_OF_DOCUMENT_TOKEN_TO_BE_REPLACED 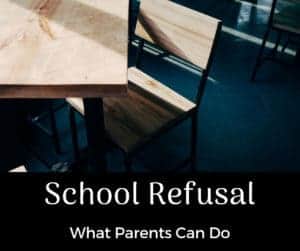 School Refusal Think about this for a minute. … END_OF_DOCUMENT_TOKEN_TO_BE_REPLACED 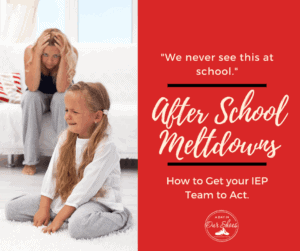