This is a day I have been dreading. I have been dreading it ever since he announced he was not going to run again in the November, 2014 elections. If you follow my blog, you know that I am a huge fan of Senator Harkin. He has long been a champion for people with disabilities and special education. Honestly, with Senator Ted Kennedy deceased, and now Senator Harkin retiring, I am worried. We don’t have anyone in our Senate who was fighting for our kids the way these two have. We have supporters, but not outspoken champions, so we’ll have to work hard to turn our supporters into champions for our cause.

Today was the day he said goodbye officially on the Senate floor. Now it is time to say Goodbye and Thank You to Senator Harkin, for all that he has done for the Disabilities Community.

Here are just a few of Senator Harkin’s accomplishments, particularly in the area of disabilities, special needs and special education.

Update: Here is Senator Tom Harkin’s Farewell Speech from the Senate floor. It is a MUST READ, as one of his main parting comments was about hiring people with disabilities, and he even mentions Randy Lewis. His 4th point is about the UN Disabilities Rights Treaty, which is another issue I’m passionate about. Sorely missed…..he will be. 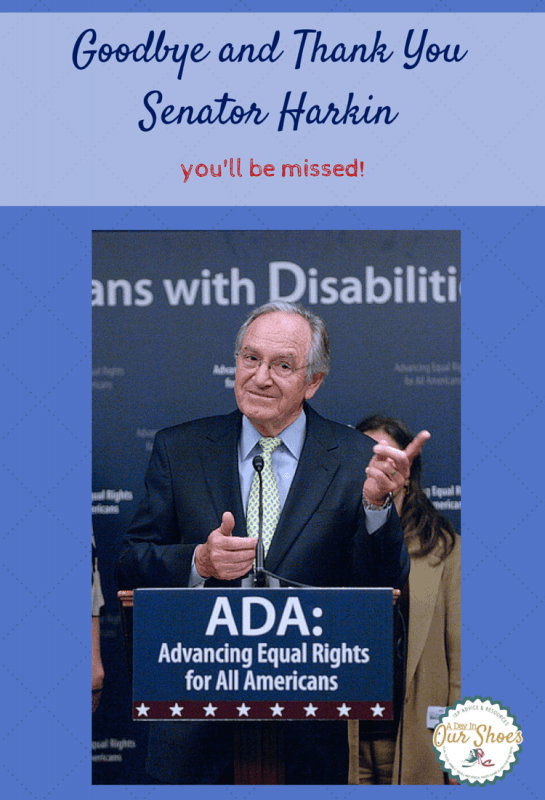 Senator Tom Harkin was considered to be the leading advocate for disability rights in Congress. He was the Senate author of the landmark Americans with Disabilities Act (ADA) in 1990. In addition to negotiating and passing the ADA, he was responsible for numerous pieces of legislation that embedded the four goals of the ADA throughout American policy-from transportation to housing to education to health care-he made certain that people with disabilities were included when legislation was being drafted and that these individuals were part of the decision making when laws were being implemented. His work ensured “nothing about us without us” was not only a phrase, but a principle by which disability policy was executed.

Thank you Senator Harkin, for all that you have done. I hope that we find someone who wants to follow in your {very large!} footsteps. We’ve come very far under your leadership, but still have far to go. 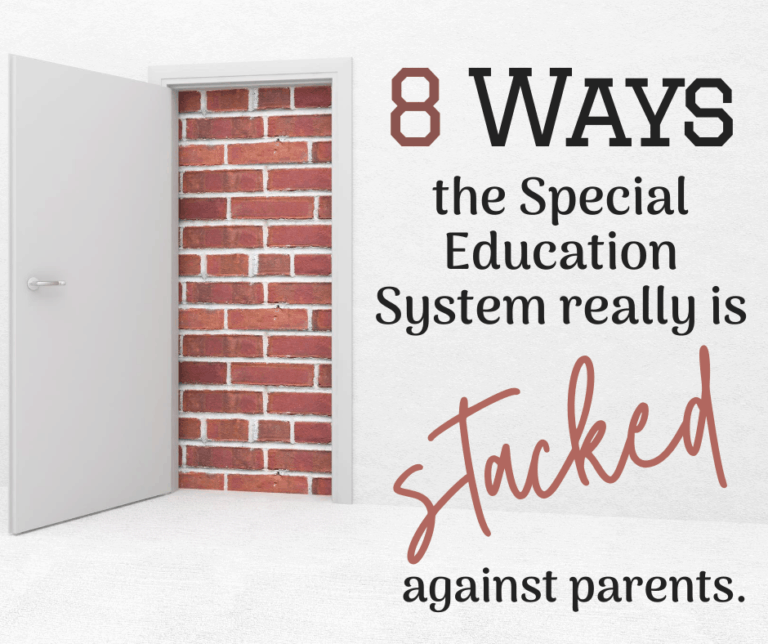 34 Shares 32 More Today I testified before our state’s Special Education Funding Commission. This group of individuals has been charged with the responsibility of evaluating the special ed process in Pennsylvania, how it works, how it’s funded, the funding itself and so on. They want to hear from parents and citizens about their experiences…

86 Shares 79 More I went to a workshop today; it’s a part of the series of workshops to become a certified Special Education Advocate. Today, I sat with Michele (co-author of this blog) as usual, but we also sat with three moms that we’ve never sat with before. (And we gave them the link…

1.1K Shares 587 More Can we please stop doing this? At all ages? This is one of those posts that has been rolling around in my head for literally more than 10 years. This is something that was very off-putting to me as a parent but I haven’t actually talked about it much. Let me…