Home » Resources for Families » The Special Needs Mom Life » BB’s Grocery Outlet | What is all the fuss about? Should you go?

I am a former extreme couponer. Back in the day, I was one of those crazy ladies who would get tons of stuff for free using coupons. Then, the TV show and social media ruined it. Too many people learned how to do it and companies closed the loopholes in coupon policies. I even had a deal/coupon blog that I sold years ago. On that blog, I remember once doing a post about BB’s Grocery Outlet. I argued against going there. It didn’t make sense to me to shop there and get “seconds” when you could clip coupons, go to the regular grocery store, and get first quality items for the same or less money.

Consider me reformed. I am now a regular shopper at BB’s Grocery Outlet.

What is BB’s Grocery Outlet? Who owns it?

Per their website, BB’s Grocery Outlet is a small chain. They have 5 stores. I’d consider it to be southeastern PA, they call it south-central. Po-tay-to, po-tah-to. They’ve been in business since 1986. The website says they started on an Amish farm, so I would assume that it is Amish-owned. You will find many Amish and non-Amish people working there.

Basically it’s a closeout store. Everything there is “seconds.” Mainstream grocers won’t or don’t want to sell you expired or near-expired items, dented cans and so on. Or, say it’s an item that has packages within a package, like Quaker instant oatmeal. (I buy that often there) That oatmeal usually comes with 10 packets of oatmeal. But if the box gets torn and a packet or two is damaged, they’ll tape it back up, or otherwise repackage it and sell it. At a huge discount.

I have seen Kirkland items, which means they are getting some items from Costco. I have also seen price tags from now-defunct pharmacy chains. I know that some of their produce comes from the produce auction. They just salvage what would otherwise be thrown out.

Isn’t everything at BB’s expired?

Not at all! Some of it is just overstocks from other retailers. I was able to score those Izze drinks at about half price and they were not expired. My kids love them, but they’re expensive. It was nice to have them on hand during the holidays.

But, just a quick word about expiration dates. Did you know that for the most part, they are completely arbitrary? It’s true! Expiration dates are only for marketing purposes, and not at all regulated by the FDA or USDA. Ever since learning that, I don’t worry about the specific date if the food otherwise looks, smells and tastes fine.

So what changed my mind?

I’ll tell you what changed my mind. First, they opened a new location that is pretty close to me. Prior to that, I’d have to run to Quarryville which is not particularly convenient.

Second, I was seeking a specific product. My son has feeding issues. He won’t eat. I wanted to try those Ensure/Boost type drinks. But, you know how expensive those are, right? Like $10 a 6-pack. I didn’t want to invest in all these different flavors, only to have him refuse to drink them.

So, I headed down to BB’s. I knew that since they sell individual items from busted up 6-packs and such, that I would likely find individual bottles of Ensure.

I was right! Not only did they have them, but they also had all brands and at a huge discount! If you find a full 6 pack of these items, it’s $3. $3! A 12-pack is $6. So I poked around through the shelf and was able to bring home a bunch of different kinds for him to try and I didn’t have to invest a ton of money. He won’t drink any of them…but that’s another blog post for another day (he’s getting a g-tube).

But, this really caught my eye.

Once I saw those protein bars for 10 cents, I was all in. My other son loves them and packs them for sports practices. But again, expensive! I am finding the brands he likes, and at Acme, I was paying $1-$1.59 per bar. Now, it takes me some extra time, but it’s worth it.

Produce is another place you’ll really save money. Raspberries are at least $4 at my grocery stores. I will say, with produce, that is one area you should check the item carefully. Especially for something that is delicate like berries. I bring them home and toss them in the freezer if we’re not going to use them right away. I also saw big pumpkins there for $2 during October.

The deals on food are better than the deals on non-perishable items such as cleaning products, toilet paper, etc. That makes sense, they have to recover some sales margin where they can. I would say it’s safe to say that for most items, you can expect to save at least 50% off of what you’d pay at a grocery store.

How to Shop at BB’s Grocery Outlet.

Here are some tips for shopping at BB’s if you want to give it a try.

How to Shop at BB’s

BB’s does not take coupons. I am providing this as a service since if you found this post, you like to save money! 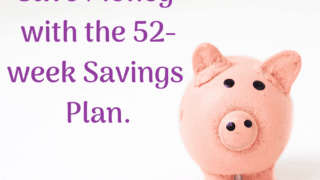 Save Money with the 52-week Savings Plan. (includes spreadsheets!) 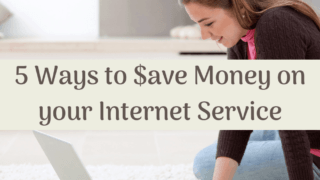 How to Save Money on Internet Service.

How to Eat Healthy for Cheap~10 Ways to Save $ on Produce.

5 Simple things Every Household can do to Save the Planet.

10 Ways to Turn Clutter into Cash. 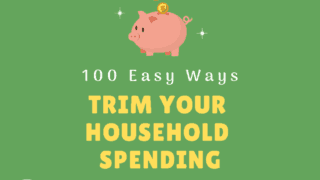 Saving Money? 100 Simple Spending Changes that you can make. Really. 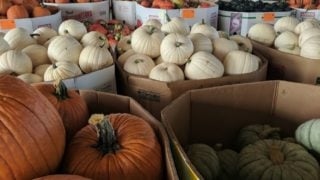 5 Secrets to Shopping at Produce Auctions and Flower Auctions.

Hi, I'm Lisa, owner and main writer for this site. I live in Chester County, PA with my husband and two boys. I am a Special Education Advocate and Disabilities Consultant, run this blog and the Facebook group and manage to squeeze in time for lobbying. Thanks for reading! 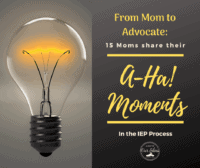 IEP Mom Advocates IEP Moms are just the greatest. I’ve found that if you talk to Mom-Advocates, who I define as being pretty well versed in the IEP process, most can describe an exact moment when they realized that they couldn’t just be “Mom” anymore. That they had to become an assertive advocate. I thought […] 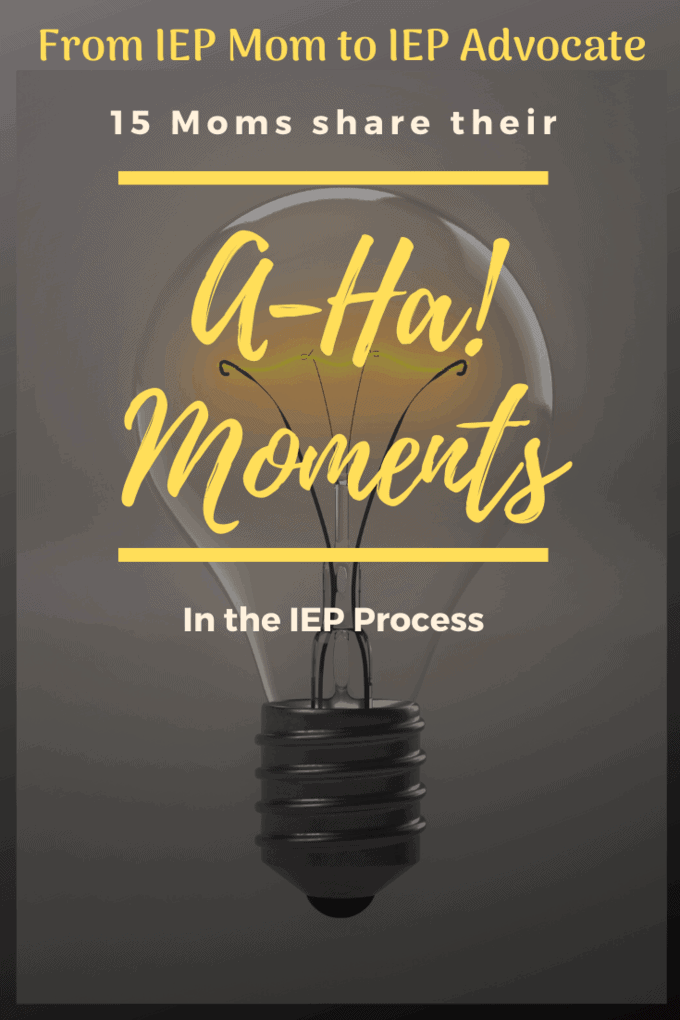 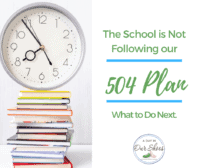 Not Following 504 Plan Ok, your child has a 504 Plan. You provided the necessary documentation and they drew it up. You think it’s pretty good and will help your child. Then, you hear anecdotes from your child that your school is not following the 504 Plan. The protections of a 504 plan are fewer […] 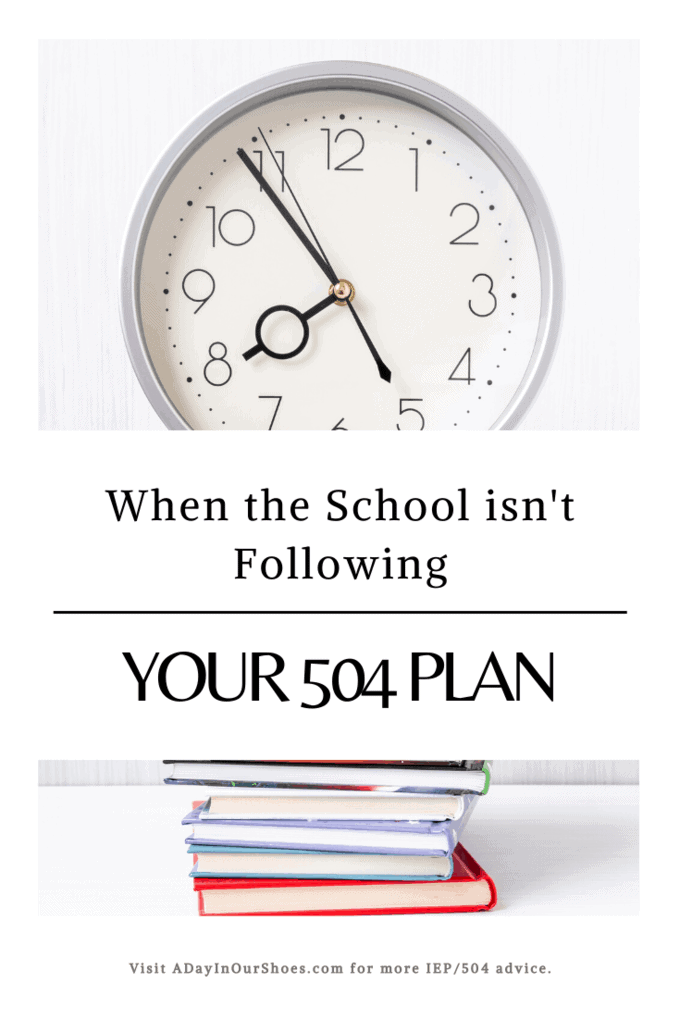 IEP Podcast Transcribed I’ve had some requests to transcribe podcasts, as some want the information but don’t want to listen to podcasts. So, here you go. There may be some typos that occurred due to bots doing the transcribing. I’ve read it twice and fixed what I found. I’m also including it here for you […]

Nick Jr. Live- Move to the Music! When I was little, I loved Sesame Street. When Kevin was little, he took to Sesame Street right away. But Brian, no matter how much I nudged him, he was always a Nick Jr. kid. Honestly, I’m glad it turned out that way as Nick Jr. has so […] 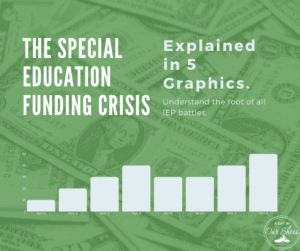 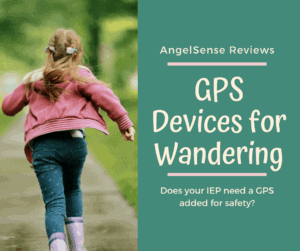 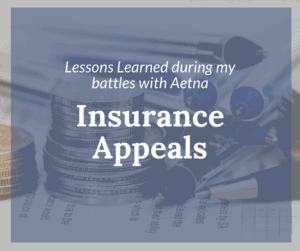 Insurance Appeals "I just know you're going to … END_OF_DOCUMENT_TOKEN_TO_BE_REPLACED